RANCH OWNERS JEANIE & RAY HIT THE ROAD THIS MORNING….WE’RE ON OUR OWN:))

Wind picked up a bit in the night and I could hear the occasional drumming of rain drops on the roof.  No matter, just happy to be away from the snow and intense cold of the North. 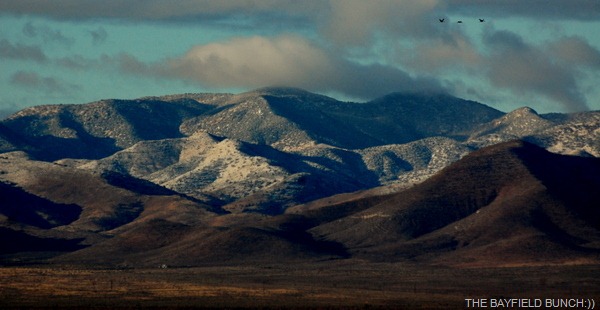 A SKIFF OF SNOW IN THE MULE MOUNTAINS TO THE WEST

Last year in this area we had record breaking cold and this year temps have been below average so we are keeping ourselves in our winter clothes these days.  Fingers crossed for warmer days ahead. 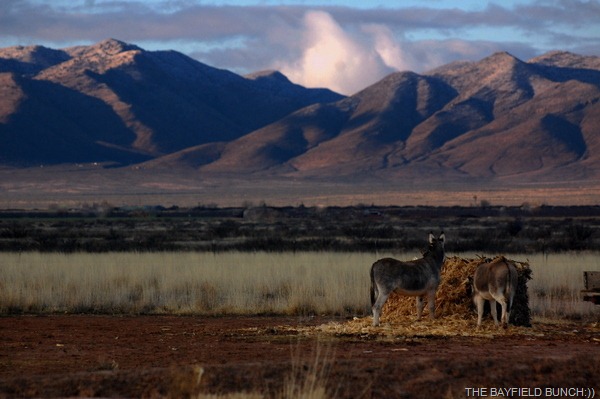 Big patches of blue sky this morning as Jeanie & Ray fired up the big diesel, hooked up their Jeep and happily had their Meridian Motor Home wheels rolling by 8:53 a.m.  Hugs all around and farewell waves saw them disappear down the road.  An hour or so later the clouds rolled back in, and with gusting winds, dropped the temperatures to cold, cold, cold.

JEANIE MOTORS THE JEEP INTO POSITION FOR HOOKING UP 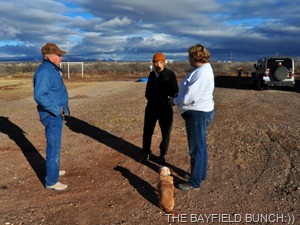 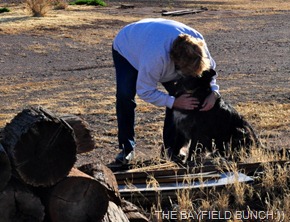 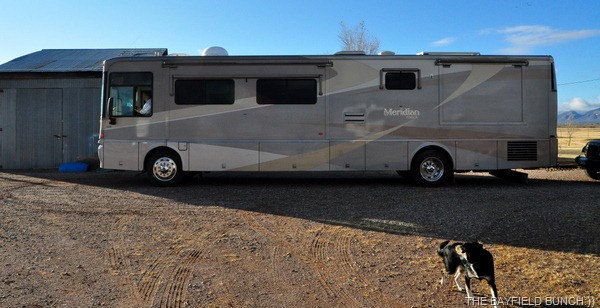 A BIG TOOT ON THE AIR HORN STARTLES THE PHEEBS

Because I had not been feeling well earlier this week a few things needed catching up on today.  Straightened out a slow water leak, Kelly got a bunch of laundry done, vacuuming, water jugs filled, Shaw satellite dish set up. (took about 10 seconds to find the satellite:)) Loaded up some large Adobe bricks on the ATV to weight the tripod legs down, etc. 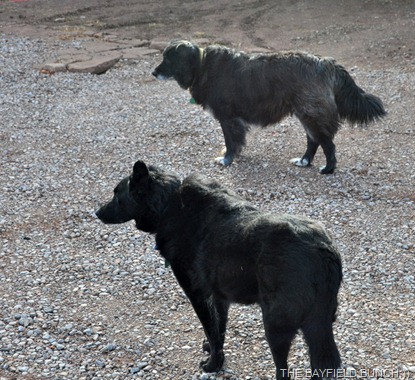 Despite Ray’s cautioning words a few days ago I was roundly attacked by the Bandy Rooster this morning when I entered the chicken enclosure.  Ray said, ‘don’t turn your back on him’….. and I did.  The feisty little bugger just kept attacking me until I ducked back out through the gate again. 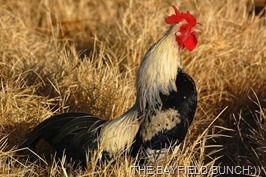 How can such a little Bandy Rooster have such a big bad temper.  I’m sure he will attack me again, so at risk to my very own life and limb I will try to get some action photos of my leg being ruthlessly roughed up again.  Oh, what a feller won’t do to get himself an action Jackson blog photo. 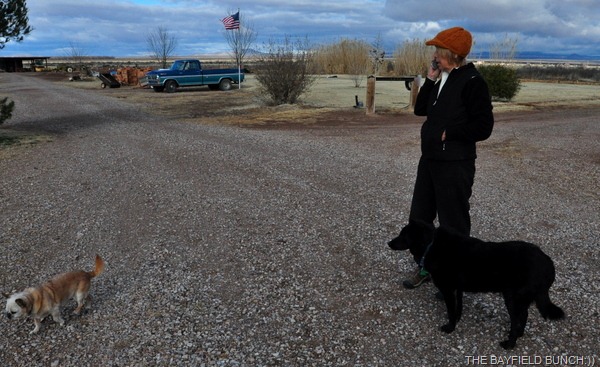 Again, if you think you are being contacted or chatting with me on Facebook…you are not!!!!  It is not me!!  It is the person who has hacked my account, and the accounts of countless thousands of other Facebook users.  I am never, never, never on any kind of a chat program and I do not send out Friend Requests’ on Facebook.  It is safe for you to comment, like or message me on Facebook but as I said a few posts ago, I will not confirm any more ‘Friend Requests’ because that is how the hacker gets in and takes advantage of people’s Facebook accounts and then takes advantage of other people’s accounts. 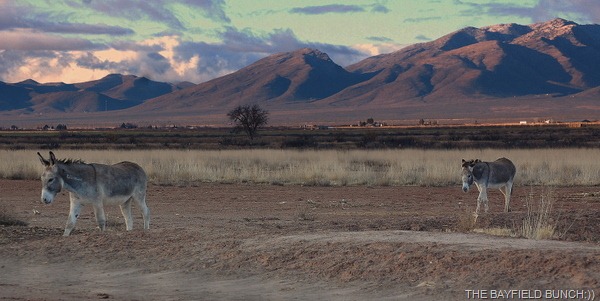 During the long summer months at home our rig sits for long periods of time not being used.  Once a month I take it out for a spin and a couple times a month I fire the generator up.  If we had to stay home during the winter we would do the same thing.  Wisconsin winters are notoriously cold as well so check out how Karen and Steve deal with their Motor Home sitting out the cold winter months.  MOTORHOME EXERCISE. 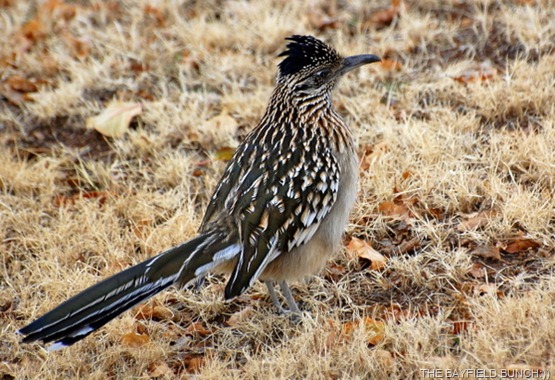 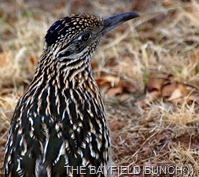 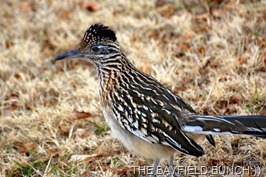 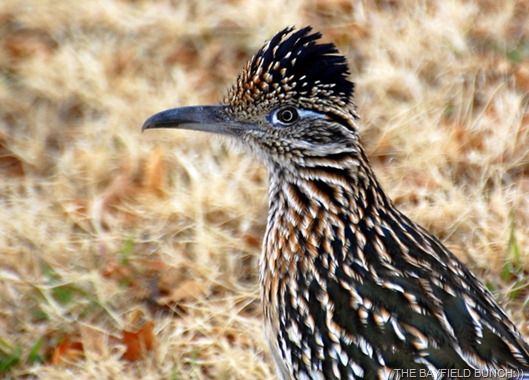 I have put my remaining 800mg Ibuprofen’s in the Jeep just in case we are out and about somewhere and this Kidney Stone decides to do a little more traveling again.  I am continuing with Kelly’s treatment but I sure wish she could somehow make those lemon and olive concoctions taste more like butterscotch milkshakes.  I have managed to make the oceans of Cranberry Juice drinkable by adding Ginger Ale.  Makes for a nice drink actually. 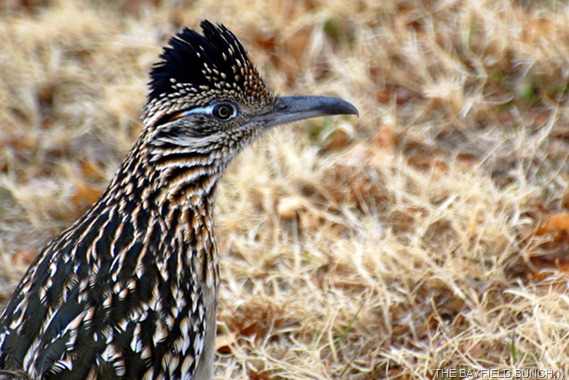 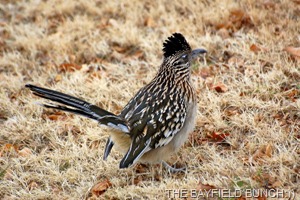 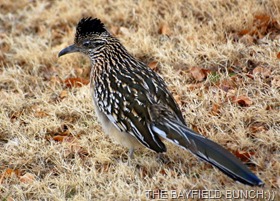 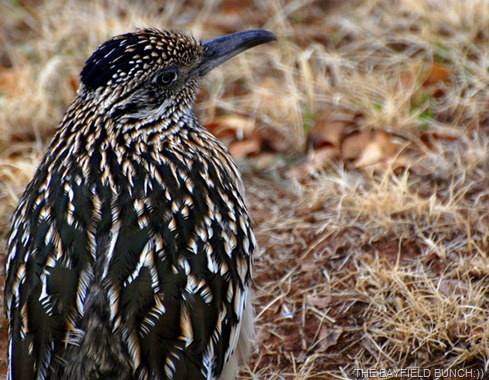 Recent Blog Followers, OREGON WANDERERS have just changed their URL and can now be found at this new link I have marked in blue.  These people are Casita folks and probably found our site through RV SUE AND HER CANINE CREW. 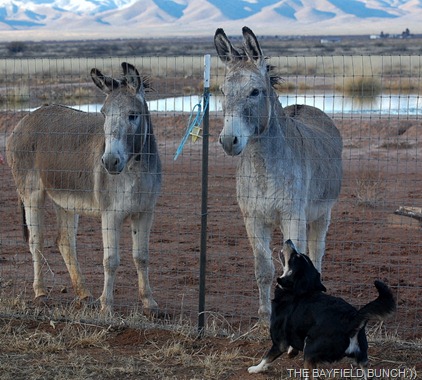