A FREEZING COLD DAY HAS US DREAMING OF WARMER CLIMATES 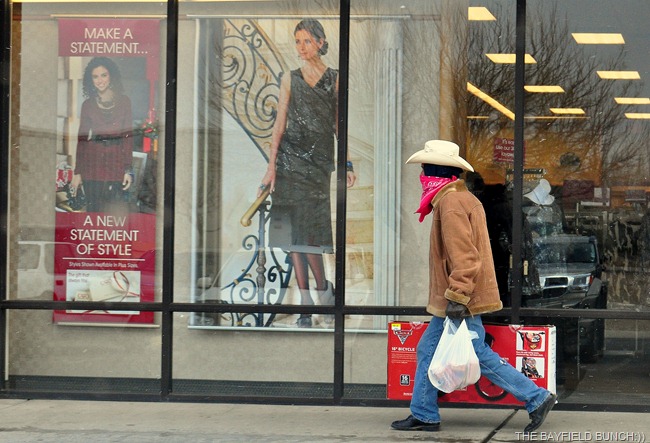 Ohhhh, how the miserable icy wind did rifle itself down the Sulphur Springs Valley today.  It was narry a day fit for man or beast as we watched snow clouds touch down on the Valley floor.  With night time temperatures already below freezing the winds just added insult to injury today by driving the temps ever further downward right into the dungeon!!

KELLY BRAVED THE COLD TO TAKE THE GANG FOR A WALK….I STAYED IN THE RIG WITH AN ELECTRIC HEATER STUFFED IN MY SHORTS

Don’t think we even thought about getting out of our jammies until well after 9.  I was late getting the chores done and didn’t waste any time outside.  Pheebs brought Pearce and Gleeson back to the rig for a game of toys after breakfast. 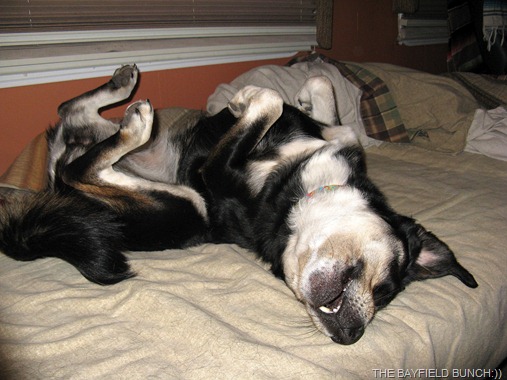 PHEEBS IS ALWAYS PLAYING THE CLOWN

About 11 we braced ourselves for a cold dash to the Jeep and headed ourselves on down to Douglas with heater on full blasters. (not the one in my shorts) There were sun splashes on the mountains and with the snow clouds moving through the Valley it was very pretty.  Rolling into Douglas we drove into a mild snow cloud. 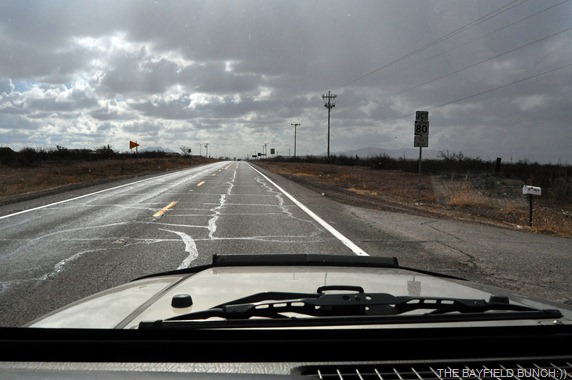 Walmart was busy so it took a big extra dose of patience on my part navigating our cart around hurried Christmas shoppers.  We didn’t need a lot of things but just wanted to make sure we didn’t run out of anything over the next couple days.  The parking lot was like a game of bumper cars but we managed to safely maneuver ourselves through the metal maze and point our nose back up the Valley highway out of town.  Driving anywhere around here any time in any conditions is always scenic:)) 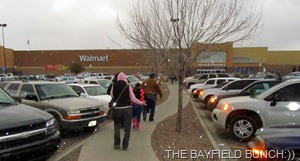 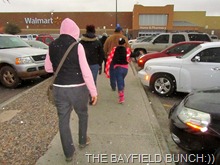 Boondocker Rick over on Darby Wells had told me of a book I might like so we headed for the Elfrida Library because we knew the book was in.  ‘Blood And Thunder’ by Hampton Sides…..An Epic Of The American West. 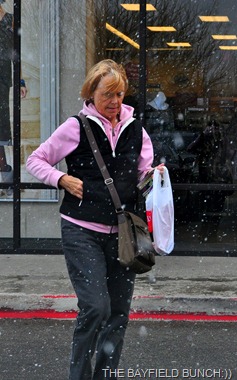 Quick stop at my favorite little western gas station in Elfrida for a fill up & then on to the library.  Grabbed the book and made some mighty fast tracks back to our warm & toasty Motorhome at the Ranch.  Lots of happy wagging tails to greet us. 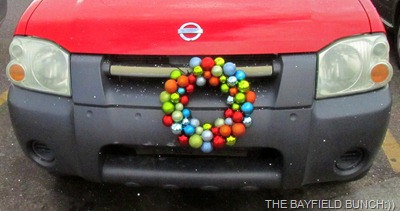 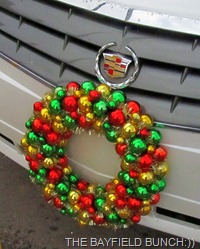 THESE CHRISTMAS GRILL WREATHS ARE POPULAR THIS YEAR

Did the afternoon chores on the early side so I wouldn’t have to go back outside again and that was just about it for our Canadian like winter day.  I may not like this cold weather one bit but it sure beats sitting at home in frightfully cold weather and snow up to our Keisters.  At least here we do not have to shovel or drive in the miserable snow stuff!!

Had a question about the Sand Hill Cranes….Yes, the Cranes are here all winter.  It is their winter quarters until they begin making their way north again in March.  Bob had a question about our hook-ups here at the Ranch.  We have full free hook-ups (30 amp) including on site sewer.  And, we get to eat all the eggs we gather from the chickens.  We are averaging 2 eggs a day right now:))

I liked the Santa hats on Tucker and Lily in E & R'S TRAVELS.  They are under the Christmas tree waiting for Santa:))  In a few days they will be happily on their way with Mom & Dad to Myrtle Beach where they will exchange their Santa Hats for New Year’s Eve party hats:))

Also heading for Florida shortly are Montana Rancher’s JANNA AND MIKE.  Hopefully Mike can keep the snow drifts plowed out of their driveway enough to get their Motorhome rolling.  Crank up the rig’s heater folks.

Another Snow Bird couple has opted to fly back north for a few days preferring to spend Christmas at home with family.  Canadian Ranchers JOHN & BRENDA flew home to Dogpound North, but I don’t think they flew their Dogpound South Maricopa horses home:))  Thanks for the invite to Dogpound South J & B.  One of these days we’ll get ourselves up around your way:))

Nice composition on BARNEY'S header photo and despite the big winds trying to blow JUDY & EMMA off the Planet she managed to get herself some nice bird photos.  And, how about this great gift at Christmas time.  RETIRED ROD was greatly relieved to wake up Thursday and not find himself dead after yet another round of serious surgery.  IVAN AND HAILEY have finally made it to warm and sunny California after digging themselves out of an Alberta winter a week or so ago.

These repeatedly colder southwestern winters sure have us thinking about warmer southern climates these days.  No, not Mexico………………….. 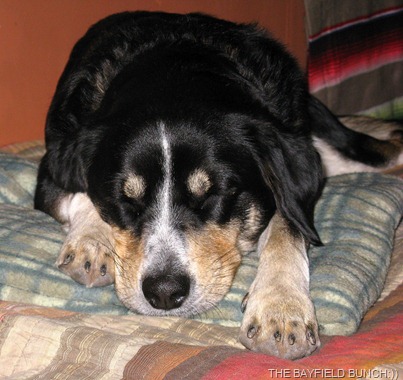 GROANER’S CORNER:((  A couple drove several miles down a country road, not saying a word. An earlier discussion had led to an argument, and neither wanted to concede their position.
As they passed a barnyard of mules and pigs, the wife sarcastically asked, "Relatives of yours?"
"Yep," the husband replied, "In-laws."