WE SET OUT THIS MORNING TO FIND 21,000 PETROGLYPHS 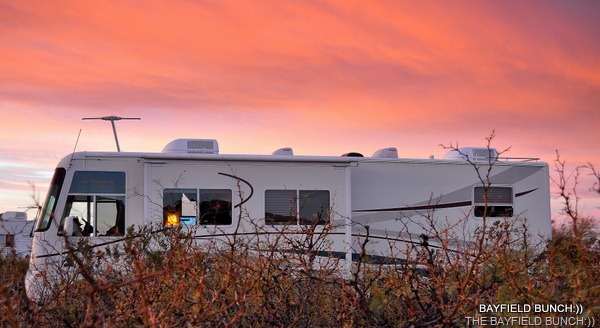 SUNRISE AT OUR HOUSE THIS MORNING
I was simply bowled over by the number of stars in the night sky when I stepped out of the rig Friday night.  Haven’t seen a starry sky like that since leaving the southwest last March.  At home we are surrounded by Pine trees making the sky all but invisible.  I will have to haul out my constellation and star charts and re-familiarize myself all over again with who’s who and who’s where way up there in that beautifully clear night sky.

I was awakened several times in the night by what sounded like a low rumbling of distant thunder.  Thought that kind of odd considering the clear skies and time of year for here.  Then, I remembered….we are only about 30 miles from one of America’s top military locations…HOLLOMAN AIR FORCE BASE.  It is here where the 49th Fighter Wing is based and fly America’s newest and later fighter aircraft, the F-22 RAPTOR.   It’s no wonder I heard thunder in the night sky:)) 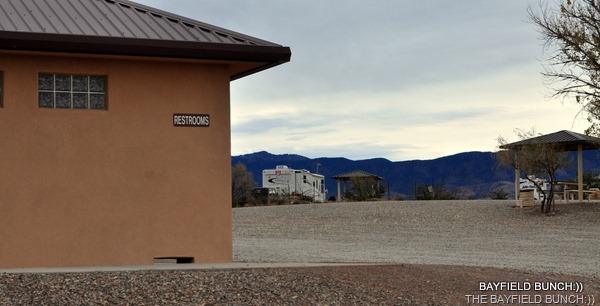 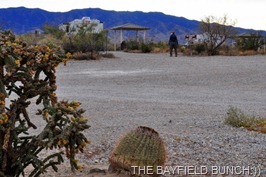 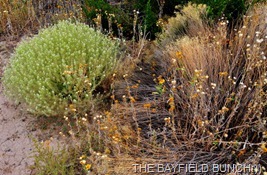 AROUND THE CAMPGROUND AT PETROGLYPH
We are also located about 30 miles southeast of the Oscura Mountain range which helped contain the blast of our world’s FIRST ATOMIC BOMB on July 16th 1945.  The actual Trinity bomb site is about 60 or 70 miles from us as the crow fly’s.  Only open to the public twice a year.  Glad I was in Ontario at that time because that would have woke me up for sure.  I was just over 9 months old and about 1,800 miles away:)) 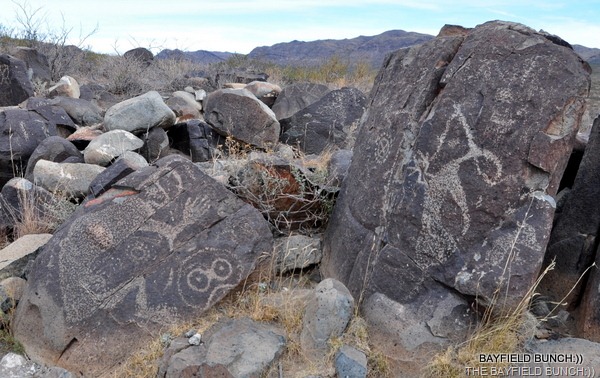 I kind of got my Mountain Ranges mixed up in Friday’s post.  Always a bit difficult sitting down with my Atlas and magnifying glass at the end of a day trying to sort out mountain tops.  Luckily, I have a few Westerners like Ed and Red who keep pretty close tabs on my accuracy.  Red from over in California writes, “BTW you came off the West side of the White Mountains a sub range of the Sacramento mountains. The Capitan mountains are the only mountain range ,that I am aware of that runs West to East, They are only about 20 miles long and about six miles wide. When you drop off the mountains on US 380 you are almost at the junction of the White Mountains and the Sacramento Mountains. You are parked at the West base of the White Mountains. If you were in Alamogordo you would be at the base of the Sacramento Mountains.” 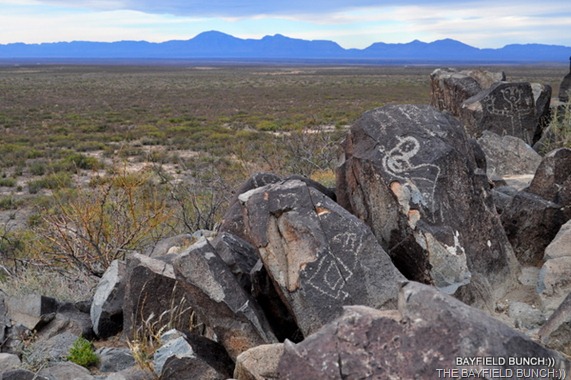 There are 21,000 petroglyphs here at the site  where we are are camped.  By the way, Pictographs are painted on rock & Petroglyphs are carved into the rock and that is the difference between the two.  We did our best to find all 21,000 Petroglyphs this morning but only managed to see about 50 or 75 maybe.  The numerous petroglyphs are scattered along a windswept ridge for about half a mile with a rugged trail leading through them.  This is the most Petroglyphs we have ever seen in one location.   We saw a bunch at ‘Painted Rock’ near Gila Bend in Arizona about 4 years ago but nothing like here. 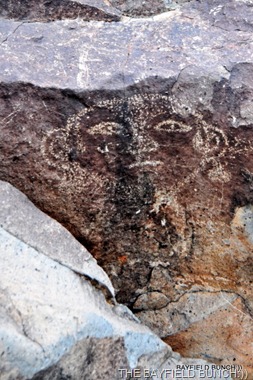 For anyone interested in Petroglyphs you can see more of my morning’s photos here at my Picasa Album site….THREE RIVERS PETROGLYPHS
It has been one week now since leaving home and the crew is still working away at adjusting to the change of traveling.  New routines have to be established.  Different ways of doing things are slowly falling into place.  It can be quite a challenge swapping one’s at home hat for one’s traveling hat.  But, we’re getting there and things are falling into place.  All part of being a Snow Bird. 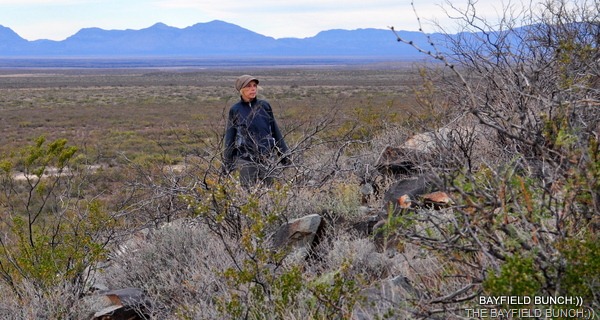 NO, NOT A PETROGLYPH…..JUST MY LOVELY WIFE KELLY:))
Came across this short post from WTTCS in the RV Net Forum this morning.  Made me think of our single travelers here in Blog Land and the sadness they have had to endure in pursuing the RV Lifestyle after a beloved traveling companion is gone.  I especially liked CRBuck’s response to Wttcs which incidentally stands for "wacky tacky traveling circus show." 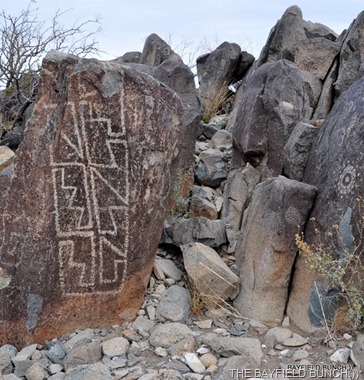 Miss Lazee has just joined the Bunch as our latest Blog Follower.  Welcome aboard Miss Lazee.  Miss Lazee’s site is called, THE PRINCESS AND THE COWBOY.  Y’all might find it humorously interesting how this full time RV couple ever stayed together long enough to get their RV dreams off the ground in the first place:)) 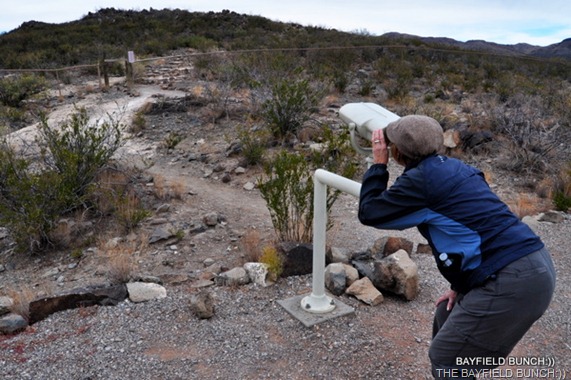 THIS IS A WHEELCHAIR ACCESSIBLE SPOT FOR FOLKS TO SEE SOME OF THE PETROGLYPHS FROM THEIR WHEELCHAIRS THROUGH BINOCULARS.
In the morning we are going to head north up the Tularosa Valley to a place called VALLEY OF FIRES for a look around.  No idea about Verizon coverage there so if you don’t see a blog Sunday night it just simply means we do not have a connection.  I will do a blog anyway and post it as soon as we get back on-line.