WHAT I LIKE ABOUT THE COLD OUTSIDE…..IS THE WARM, INSIDE 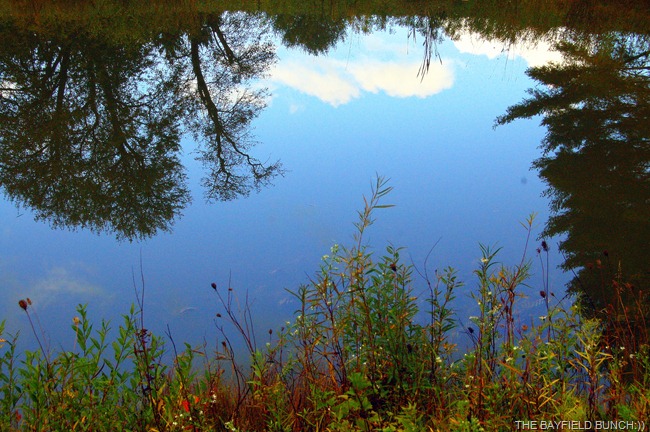 Had an extra bounce in my step this morning as I bopped around with re-newed interest organizing things for our lift off time.  How great it is to have our travel plans back into high gear again.  Made myself a detachable plywood base for our new tripod which may or may not work well in our travels.  If it doesn't...campfire wood!!  Cold and damp this morning at 35F but no rain.  Put some antifreeze in the rig's sink traps just in case and greased up the toad hitch.

Began checking weather reports for the 4 Corners area of Colorado but as suspected, the night time temperatures in the area are already well below freezing with numbers in the mid to low 20's on the Fahrenheit scale.  Yes, I know we are metric here in Canada but my old head still thinks in Fahrenheit, inches, feet and miles.  Although day time temps are still acceptable, those below freezing night time temps which I'm sure will continue to dip are worrisome for RV holding tanks and water lines.  Night time temps around Tuba City in Monument Valley are hovering around the freezing mark as are temps in Kayenta, Arizona.
I will continue to monitor these areas and will make a decision on that before or just after we leave.  I think it is just getting too late now to comfortably enjoy that whole region.   Plan B is to maybe do that area on our return trip in late March or early April.  Definitely want to see Monument Valley and the 4 Corners this trip because at this age and stage of life plus all the other shaky variables these days, one never knows if the opportunities for RV travel will be the same for us next year.  I consider ourselves very fortunate to have traveled these few short years, and seen as many things as we have.

Forgot to mention in Wednesdays post that we had slipped down to see my Uncle Harry in the morning and he seems to be doing better than ever despite some recent medical set backs.  For 95 years old he is holding his own:))

We took our neighbour Ingrid out for supper late this afternoon.  Probably won't see her again until Spring.  Ingrid and husband Gus lived behind us when we first moved here but their unit burned and Gus later died.  Ingrid moved to another unit in the Park and now lives alone with her little dog, Katie. 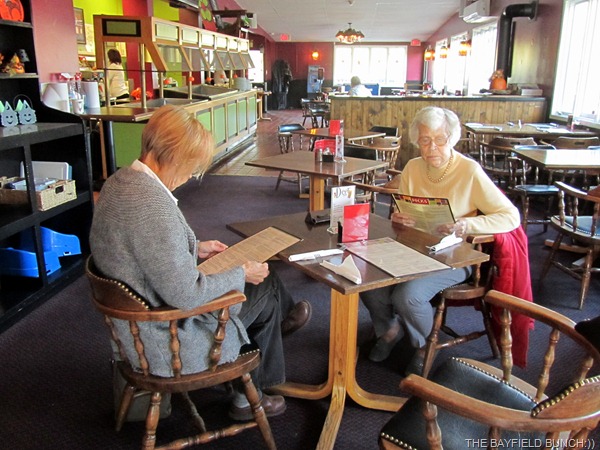 TOOK ME ABOUT 10 SECONDS TO DECIDE WHAT i WANTED FOR SUPPER BUT IT TOOK THESE TWO LADIES ALMOST A FULL 10 MINUTES OF ‘STUDYING' THE MENU’ BEFORE ARRIVING AT A DECISION ….JUST ANOTHER ONE OF LIFE’S LITTLE MYSTERIES FOR AL.
Our mid Autumn nights are cold and dark now when I walk into our warm and cozy little computer sun room each night around 7.  A cozy warmth fills the the pine walled room as soft ambient music weaves it's relaxing mellow tones in around and through my mind.  Probably one of my favourite times of day as I yet again start another post.  Well over 1,300 now and despite my self doubts many times I keep finding myself drawn back to the keyboard night after night.  I know I get down in the dumps about blogging at times but the bottom line still remains the same for me.  I love writing………… and always have:)) 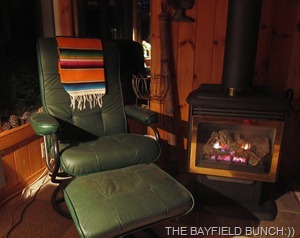 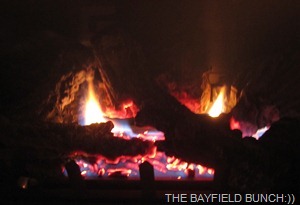