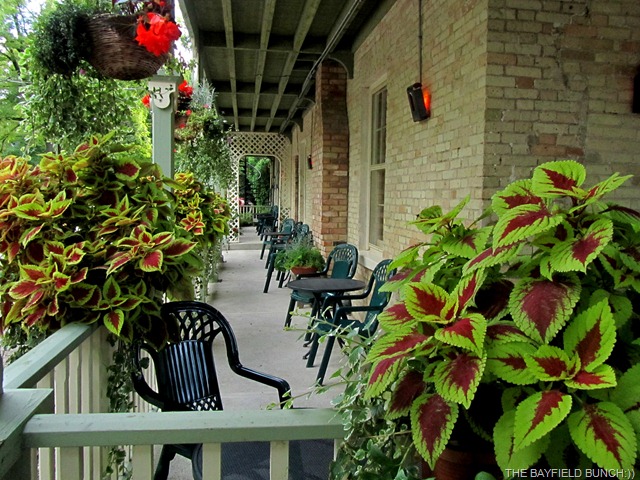 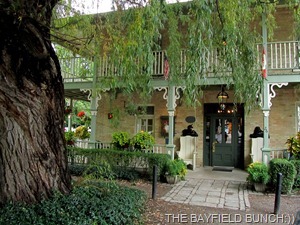 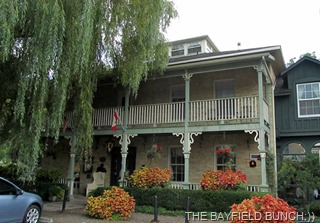 BAYFIELD’S LITTLE INN  (ALL BAYFIELD LITTLE INN PICS WERE TAKEN WITH MY POWERSHOT CANON SX210is)
First order of day was to drop off the Motor Home this morning at the Bayfield Garage & have a persistent ABS brake light checked out plus a brake check, fluid levels and belts, etc.

KELLY’S LOBSTERGATOR EGGS BENEDICT
As many readers know, I am not a 'Foody' person nor do I care for fancy type restaurants regardless of how good the food is inside.  Imagine my surprise this morning when Kelly informed me we were headed for the well known and upper scale ‘Little Inn’ of Bayfield for breakfast.  Some guests at DEER PARK LODGE had told her how good the breakfasts were there and that the prices were reasonable.  Kelly assured me I didn't have to get dressed up and I could wear my old lumber jack shirt and ripped jeans so that was good enough for me.  We headed for the Little Inn after dropping off the Motor Home at the garage. KELLY WITH HER LOBSTER BENEDICT AND THAT WAS OUR LITTLE TABLE FOR TWO IN THE FAR CORNER UNDER THE WINDOW
The Little Inn of Bayfield was built in 1875 as a Hotel which it still is with accommodations upstairs.  I was relieved to see the dining room was not busy so that meant I could have a comfortable bacon and eggs breakfast.  I like to dip my toast in my eggs and toss my bacon in the air, tip my head back and catch it:))  A nice $7.50 breakfast which included a pretty darn good cup of coffee.  Kelly had the Lobster Benedict.  Personally, I don’t eat anything that has been dredged out of an ocean.  Pet peeve....same as Crackle Barrel, they don't butter the toast!!!!  But, here's what I liked best...no grinding ram jam noise garbage coming out of the sound system.  Astrud Gilberto was singing, 'The Girl from Ipanema' when we walked in.  How nice it was to eat breakfast with the soft strains of soothing Latin music in the background.  Kudos to The Little Inn of Bayfield on their taste in music:))  And, also another plus for the Little Inn is the fact they use all locally grown products in their food preparation.  Ok, so the Lobster is an exception but I bet it’s still Canadian grown. 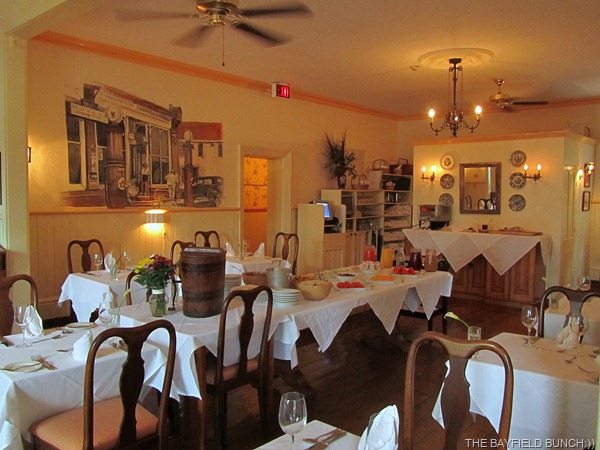 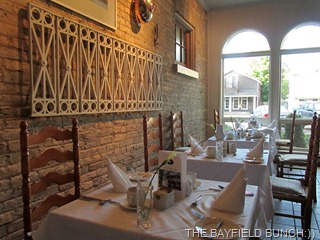 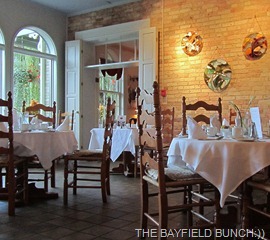 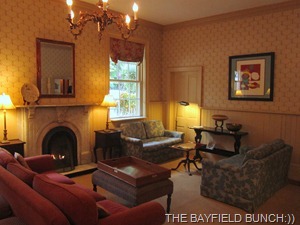 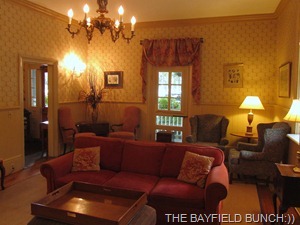 From there it was off to Mitchell Ontario to visit Uncle Harry.  All was well there and Harry's doing great compared to a month ago.  Pheebe was her usual good little self.  We were home by 11:30 and Kelly headed into work.  I took the 'Rocket Dog' for a spin around the trail and that was about if for the afternoon. 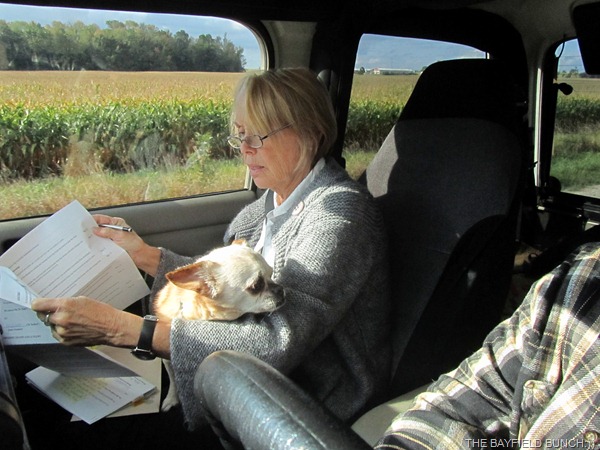 MOTORMOUSE CASTS A WARY GLANCE BACK AT PHEEBEE WHILE KELLY CATCHES UP ON SOME PAPER WORK ON OUR WAY TO MITCHELL THIS MORNING….I THINK THE PHEEBS WAS MAKING GOOFY FACES AT THE MOTOR
Bayfield Garage called around 4 and the coach was done.  Nothing serious with the brakes aside from some minor cleaning etc.  Codes were checked and some chassis ground's were cleaned.  The 8.1 Vortec engine's serpentine belt was replaced and all fluid levels checked.  The Motor Home goes back in again next Tuesday morning to be undercoated as well as the Jeep.  Jeep's tires will be rotated at that time as well.  We have been taking our vehicles to the Bayfield Garage ever since moving to this area nearly 9 years ago.  Sooooooo nice to have a trustworthy and well respected garage nearby. 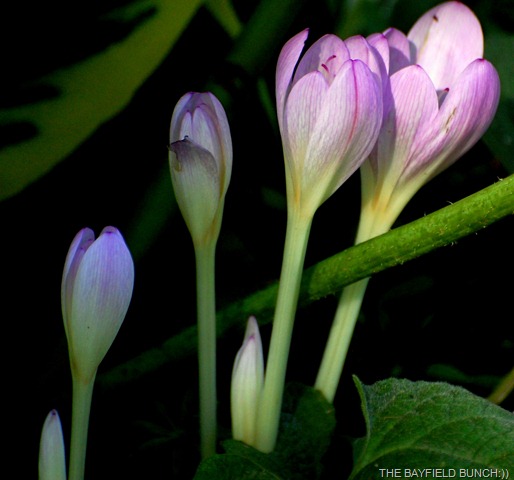 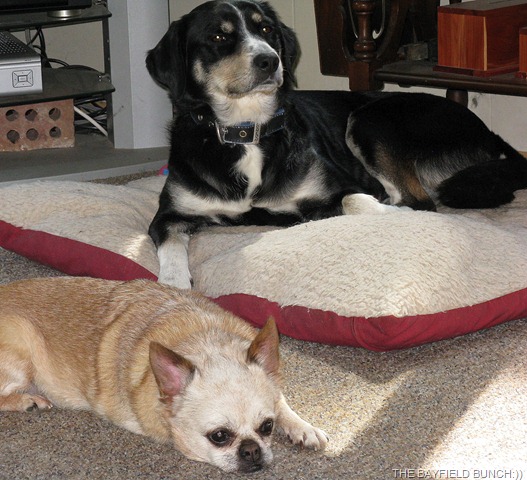 PALS
From time to time as I'm writing I occasionally make up my own words as I roll along.  Turns out one of my made up words in a recent blog has turned out to actually mean something and of course it's dictionary meaning had little to do with my meaning.  I used the word 'dorgling' in the following context...'More dorgling around with the Motor Home this afternoon in preparation for our blast off next month.'  (I felt the word dorgling was better than the word dinking)  Now, here's what ED found out and said about the word.....dorgling!!  "I didn't know exactly what you were doing with the Motor Home so I looked for a definition of the word. The only one I could find was in the Urban Dictionary".  Dorgle.....A verb which describes the action one would take to show affection to a small or cute animal or person. Dorgle is an action above cuddling or snuggling.  Ed goes on to say, "I knew that you loved your Motor Home just didn't understand how deeply"!  Thanks for the definition Ed.  Now, to Dorgle or not to Dorgle....this is the question:)) 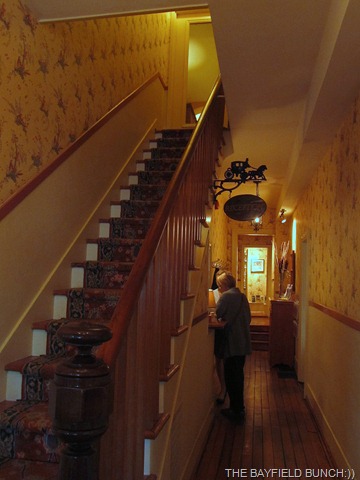 The only thing better than right now will someday be the memories of right now...AL.
Posted by Al Bossence at 9/20/2011