A COLD AND WET RAINY BAYFIELD DAY REMINDED ME OF JULIAN, CALIFORNIA 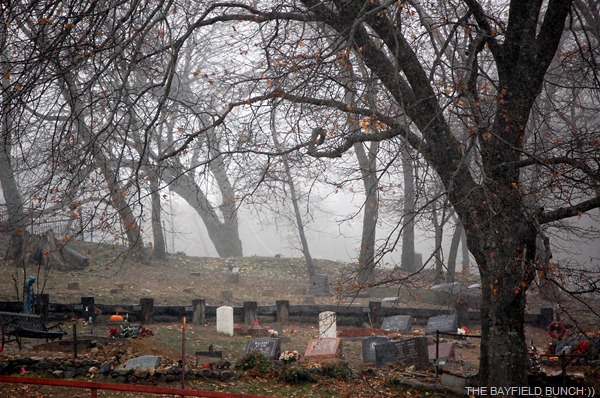 ALL OF TONIGHT’S PHOTOS ARE FROM IN AND AROUND JULIAN, CALIFORNIA……..AND MY LAST TRIP THERE WAS TO THE CEMETERY IN SEARCH OF MARSHAL SOUTH 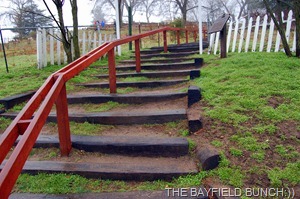 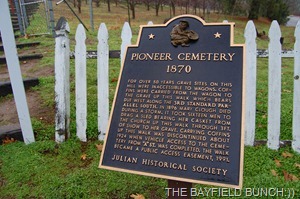 The steady rain which came in the night pretty well stayed all day.  The furry guys were following me around like crazy first thing this morning so I knew they were needing a break.  Off to Goderich we went in the pouring rain.  They held the fort while I popped into Wal-Mart for a few things.  Just so happens they have a McDonald's in there so I got a Sausage and Egg McMuffin to go and split it with the bums in the parking lot.  I recently mentioned that Kelly & I never eat out much and a commenter wondered about my trips to McDonald's with the guys and if that it counted as eating out.  Well, technically yes but really, no. 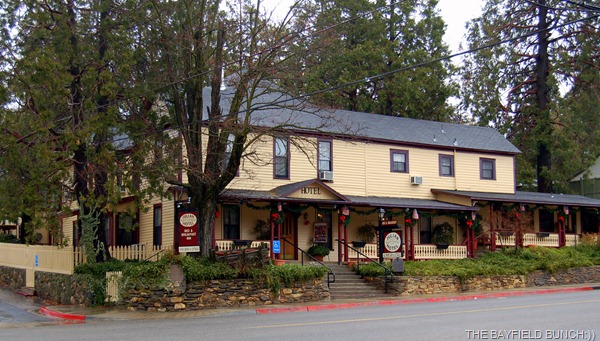 Our cold and wet rainy day reminded me of an artsy little town 4,235 feet up in California’s  Cuyamaca Mountains.  We have been there three times over the years and every time we are there it is.....cold and raining.  All of today's photos are from historic JULIAN located just one hour east of San Diego.  Last time we were there I was in search Marshal South's final resting place.....and I found it. 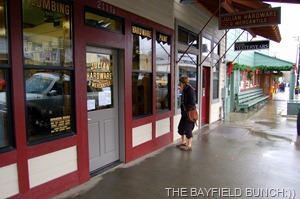 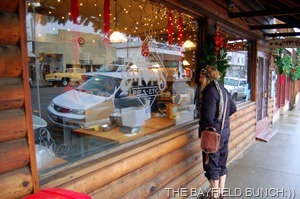 Somehow I missed FREIGHTLINER'S trip to Cape Breton on Canada's east coast a few weeks ago.  No narrative but they do have some nice photos of the Cabot Trail and stops along the way.  Kinda neat to see the tide going out around a rock formation and then people walking where high tide had just been.  I did that Cabot Trail with just me and my old Volkswagon camper back in 86.  That whole east coast of Canada is another beautiful place in it's own right.  Did Prince Edward Island as well but did not make it to Newfoundland. 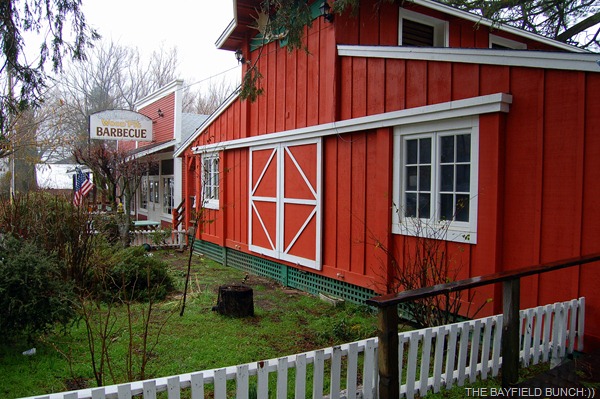 Sure seems to be a big 'fracas' going on over some recent changes to Facebook.  Still sort of looks the same to me but then again I am not a big Facebook user.  Other than my blog being automatically posted in there and checking what a few friends are up to each day, neither Kelly or I have a big interest in all the 'hoop-la' connected with Facebook.  Neither one of us have any interest whatsoever in all that game stuff etc.  Not saying these are bad things but it's just different strokes for different folks.  In a recent post I blogged about my interests shifting and some of that shift seems to be away from a lot of this kind of stuff.  Years ago the interactive social sites would have interested me, but that was years ago.  Kelly feels the same way so I think we will just stay at the comfort and uncomplicated techno level where we are and enjoy life as we can handle it:)) 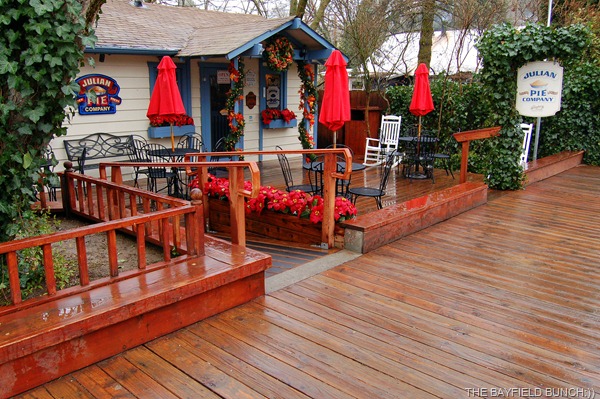 I see a lot of buzz around about the new Google+ social site.  I did manage to stumble my way in there and leave a comment Wednesday but that might be about as far as I go with it.  I will keep it open though with the light on just in case I feel the need to ring somebody up and say, “hey, how’s it going eh.”  The format looks and seems to operate a lot like Facebook from what I can tell.  It's basically another socially interactive site and as I've said, those kinds of sites just don't push my buttons anymore.  If I am going to communicate with someone I still much prefer to do it through email.  I do have a Twitter account but have always asked myself...why!!  My computer interests are evolving but where they are evolving to I'm not sure.  But, I do know where they are evolving from.  Maybe I am just looking for, and hoping to come across, something with a little more meaningful substance to it.  At this point I have no idea what that might be. 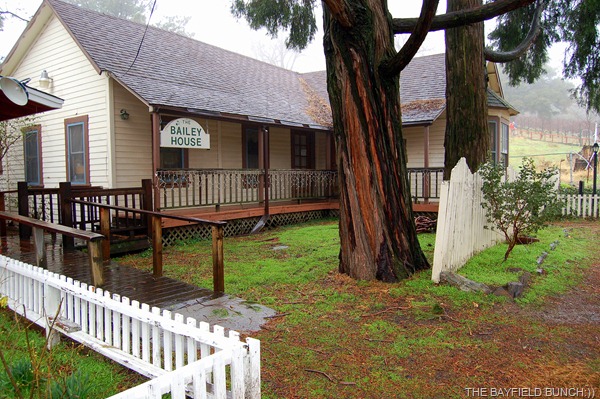 I still enjoy writing my daily blog for the most part but I do have my days when I get a little shaky about it.  From emails I have received now and again I know other bloggers go through the same thing.  I have had days where I picked up my cameras, put them back in my camera bag and stuck the bag back into the far reaches and darkened confines of my bedroom closet thinking, that's it, no more blogging.  I'm finished!!  But, regardless of how frustrated I become with myself at times, I am always drawn back to the keyboard each night.

I keep a close eye on our Sitemeter and figure when the daily number of hits on our site begins to steadily drop, that will tell me interest in our Bayfield Bunch blog has finally run it's course and come to an end.  That will be the time to cut it loose and let it go.   There are a lot of new and upcoming great blogs and bloggers out there so there will never be a shortage of RV blogs for people to read.  I will continue blogging about our trip this winter but when we get home next March I really have to seriously, seriously, sit myself down and think this whole blogging thing through again and decide if, 'enough has finally become enough.'   Or, just pack it in for the summer until we are on the road again.  We’ll see.  Question is, if one likes writing, photography and traveling, where does one go after the blogging era comes to an end.  I am keeping my mind open for new ideas:)) 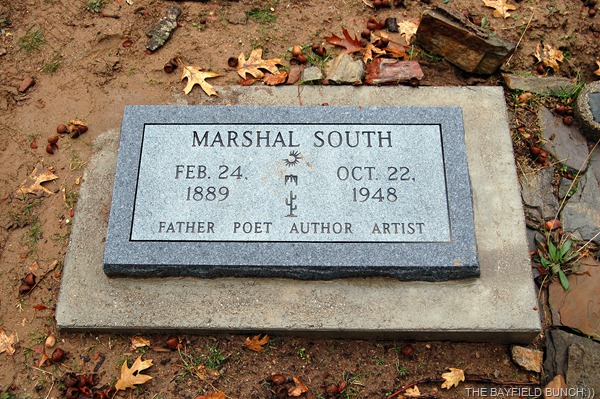 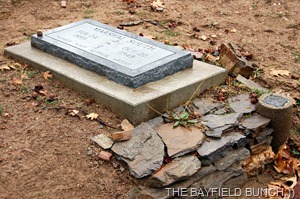 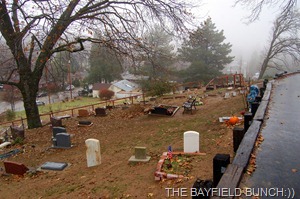 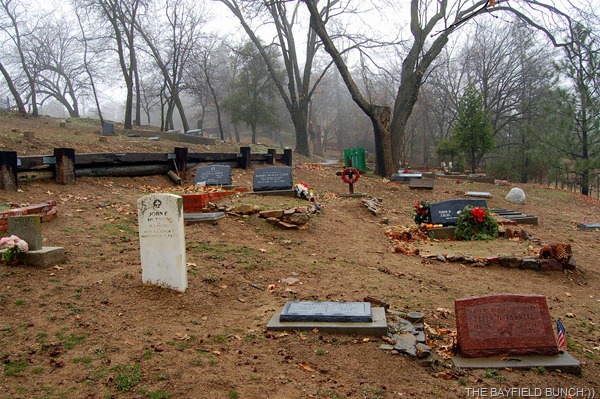 And, for some mighty fine photos from a Gal who knows her way around a camera, be sure to check out Levonne's blog at A CAMP HOST'S MEANDERINGS: AN RV ADVENTURE  Great header photo............ 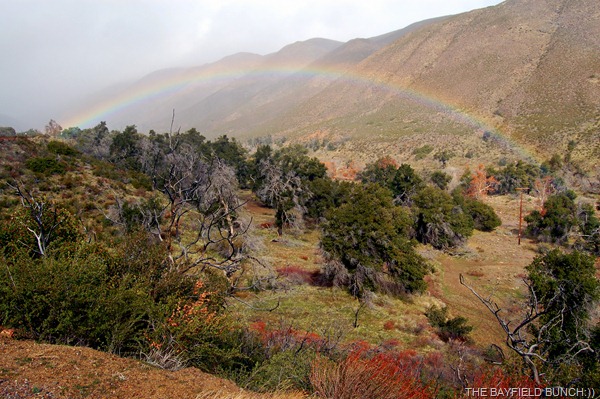 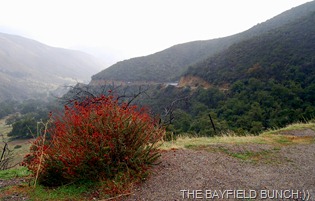 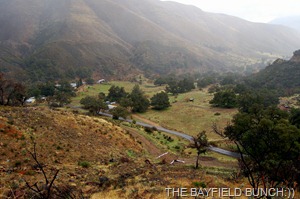 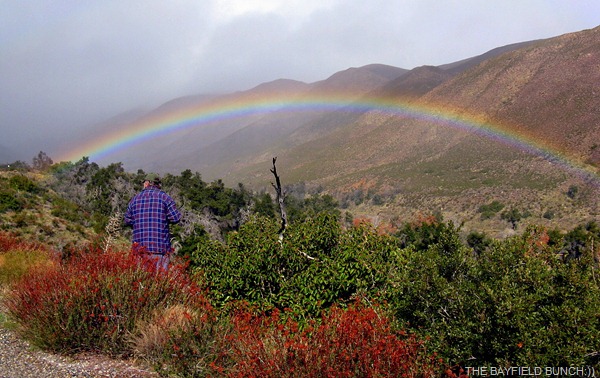 OUR LAST DRIVE TO JULIAN FROM BORREGO SPRINGS WAS VERY SCENIC…. HERE, KELLY CATCHES AL UNDER A RAINBOW PHOTOGRAPHING A RAINBOW

GROANER'S CORNER:((  As migration approached, two elderly vultures doubted they could make the trip south, so they decided to go by airplane.
When they checked their baggage, the attendant noticed that they were carrying two dead raccoons. "Do you wish to check the raccoons through as luggage?" she asked.
"No, thanks," replied the vultures. "They're carrion."

-Until one has loved an Animal, their soul remains un-awakened.