PHEEBE HAD A COUPLE OLD FRIENDS DROP BY THIS AFTERNOON:)) 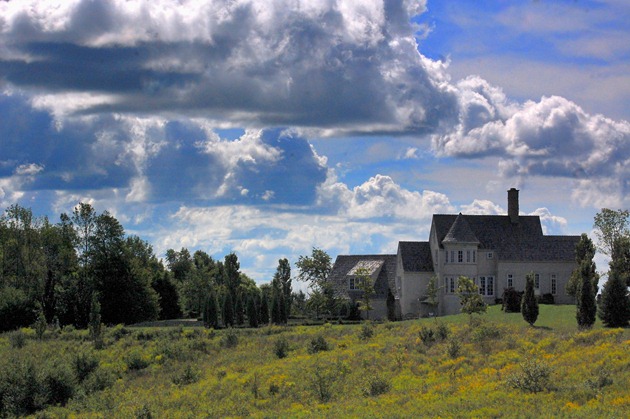 I do have a few more Tornado damage pics so will include them in this post.  Local Facebookers are saying they felt the East Coast Earthquake today that took place in Virginia but we didn't feel anything here at the Bayfield Bunch.  Just as we didn't know a Tornado was going on just 12 miles away a couple days ago.  Could it be we lead a sheltered life. 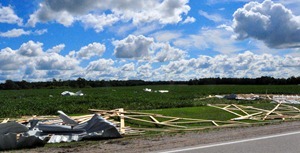 A BRAND NEW BARN ONLY A FEW DAYS OLD HAD JUST BEEN ERECTED HERE NORTH OF CLINTON ONTARIO…THE TORNADO TORE THE WALLS & ROOF TO PIECES TOSSING THE LUMBER AROUND LIKE MATCH STICKS WITH THE ROOF LANDING IN A BEAN FIELD ACROSS THE HIGHWAY  (NIKON D90)
Pheebe had visitors this afternoon when former owner Crystal dropped in with her nearly 2 year old cute little daughter Adella.  Crystal and Adella were needing a Pheebe fix.  Lots of hugs & slurpy smooches between little Adella and Pheebe.  The Motormouse really took to Adella as well so there were lots of wagging tails this afternoon.   The Pheebster was so excited she was racing around the yard outside about a 120 miles an hour.  We had to get her slowed down because the Vet says she is to take it easy with her stitches until at least the end of the week.

LEARNING TO SHARE THE TOYS ………………….
Tornados are not new to the people of Ontario, but they indeed are rare.  I remember a tornado as a kid that tore some barn roofs off west of the small village I lived in and I remember another one in the mid 80's that I think killed some people near Barrie, Ontario.  A really bad Tornado in 1997 near Woodstock Ontario killed people and did a huge amount of damage as it traveled cross country ripping up farms, small towns & the City of Woodstock.  I have pictures of that rural damage but they are all on 35mm Slide film. 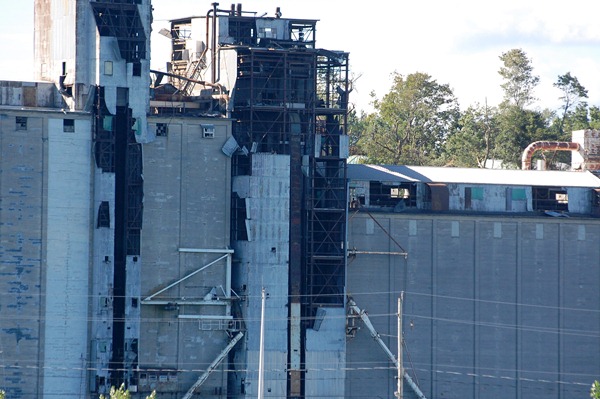 DAMAGE TO THE GRAIN ELEVATORS IN THE GODERICH HARBOUR
While taking the Sifto Salt Mine photos Monday morning I was aware of a Helicopter circling and at times hovering over the town Goderich.  Figured it was probably a news chopper.  Cracked off a couple shots with my 300mm lens and it wasn't until I was home later and had the pics in my Picasa Photo Editor that I noticed it indeed was a CTV News helicopter.  Following is an aerial view of Goderich's tornado damage and I am assuming it was taken by that same helicopter.   AERIAL VIEW OF TORNADO DAMAGE.   While walking back to the Jeep through the forest that helicopter went over so low at tree top level that I could smell it's exhaust.  Figured it landed at the Goderich Airport about half a mile away to re-fuel before flying back to Toronto. 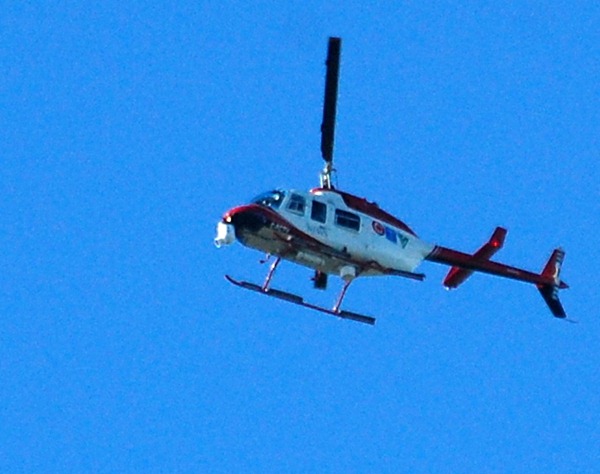 Have not heard of any donation programs being set up for the town of Goderich.  I will probably slip up there in the morning because both malls are open at the East & South ends of town.  Might see if I can slide around a few back streets to have a look at things & maybe grab a few pics.  The downtown core is still sealed off & not even store owners or bank employees etc are being allowed in to view their own business's. 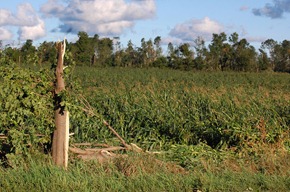 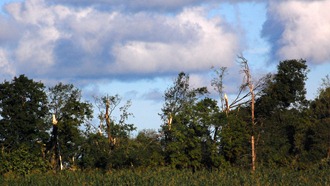 I think the last 3 nights sleeping unsoundly in my recliner keeping an eye out for the Pheebs in Kelly's recliner, has caught up with me.  Spent most of today trying to stay awake.  We haven't had that awful plastic cone on Pheebs head since Monday night after supper and she has not been biting, licking or scratching at her stitches.  Maybe tonight I will try getting a good night sleep in my bed for a change.  Oh the things we do do for our very much most best little Pals:)) 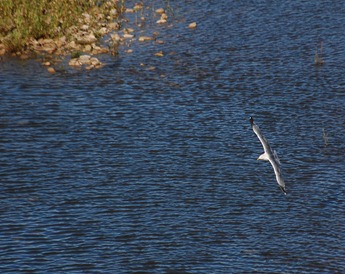 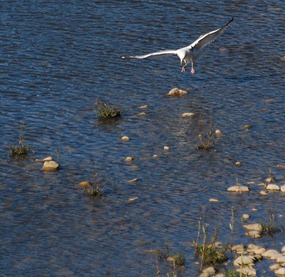 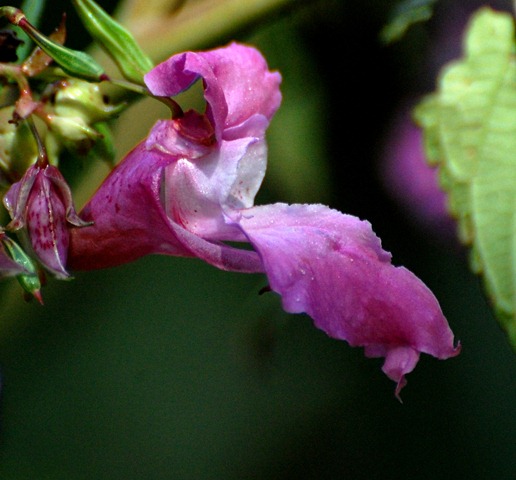 THE LAST PARAGRAPH: It will soon be time to get the RV lists out of my drawer for another year.  You know, those seemingly endless lists of things that have to be checked out on the RV and all those many items that have to be loaded prior to a trip.  Always an exciting time for me because it is the early beginnings of another 5 or 6 month journey to our second home in the great American Southwest.  Getting those lists out puts the first stamp of reality on, ‘yep, were a gonna do it again this year’.  Don’t know about next year or the year after that, but this year is a go……YAHOOIE LOUIE 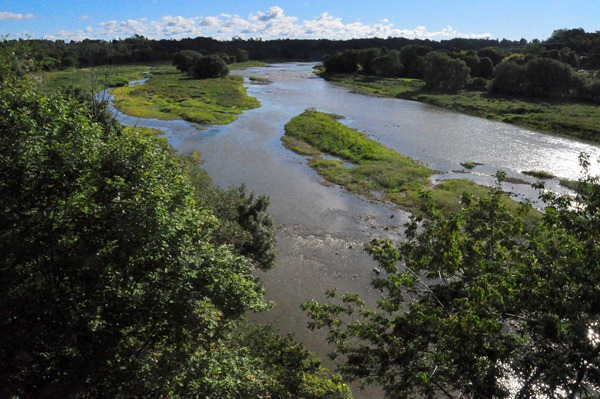 LOOKING EAST ALONG THE MAITLAND RIVER WHICH FLOWS PAST GODERICH ONTARIO OFF TO THE RIGHT
GROANER'S CORNER:((  We got married for better or worse…..He couldn’t do better and I couldn’t do any worse!!