MY WEEKLY SUNDAY MORNING MOTORCYCLE RIDE WAS RAINED OUT:(( 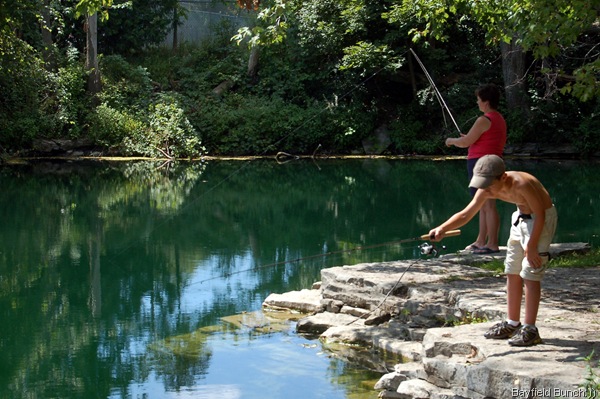 The lingering rains pretty well washed out any ideas of heading out for a motorcycle run earlier this morning.  When the sun finally appeared in late morning the humidity level skyrocketed and that was it for me as far as going outside.  A really poor night's sleep meant I wasted most of my day dozing in my chair.  I actually did something I rarely do.  I watched a couple of DVD's from start to finish.  No, not movies, one was all about the history of Aircraft Carriers & the other one about the evolution of Jet Fighter Aircraft.  Yep, them's is my kinds of interests alright.  Oh, & I did a load of laundry & the dishes too:)) 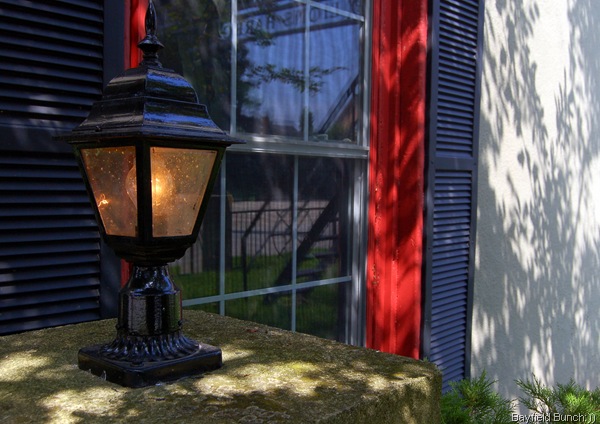 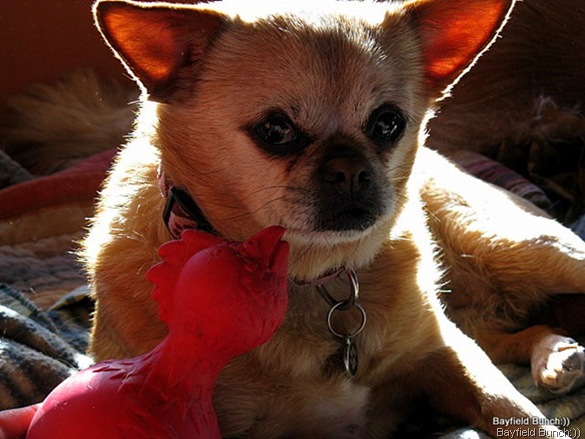 CORA, WHY DOES YOUR DAD CALL YOU MOTORMOUSE?

Well, here we are already at the beginning of August.  For Full Timers it may just be the end of another month but for we Snow Birds it marks one less month to a Southern departure date.  In our case, 10 weeks:))  The very welcome cooler Autumn air will roll in soon marking a change in routines & behaviors.  Squirrels will be lining nests & gathering nuts. (and my birdseed!!) Many feathered friends will begin drawing up early flight plans & AL will be dusting off his old annual checklists for loading up the Motor Home.  Even carrying a pencil out & putting it in the rig is a smiling step forward. 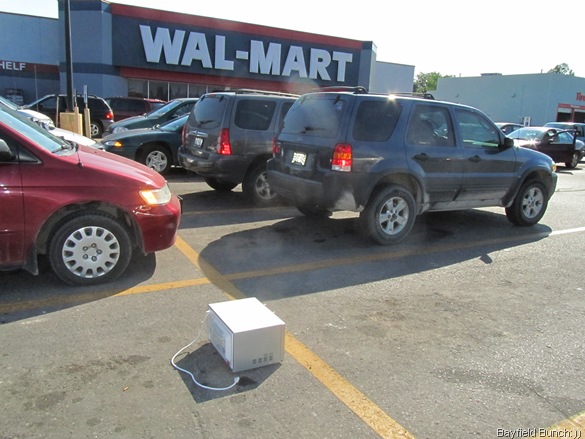 I THINK THIS PHOTO IS SOMEHOW SELF EXPLANATORY

So far, our immediate travel plans & destination upon leaving Bayfield are the same.  We will make a bee line for somewhere in Southwestern Colorado.  When & where we will go from there is anybody's guess & that's one of the great things we both enjoy about our style of RVing.  No plans, no reservations & no commitments.   Oh ya....IMHO:)) 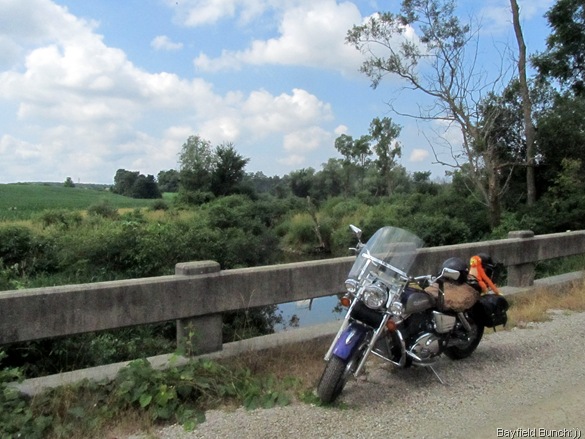 A SCENIC RURAL STOP ALONG THE WAY & YES, THAT IS A LITTLE ORANGE MONKEY ON THE BACK OF THE BIKE.....HE'S MY BACKUP:))

Took a break from Blog reading today.  I usually spend at least 3 to 4 hours out of every day reading & trying to stay caught up with my fellow Bloggers latest posts but it just gets to be a little much after awhile.  It seems the more blogs I read the more new blogs I come across & it just becomes a seemingly never ending list.  Kelly only ever reads 3 or 4 blogs & is not in the habit of leaving comments very often.  She also reads her newspapers & financial sites on line every morning as well.   I was once kind of a newspaper guy but kicked that habit nearly 10 years ago & haven't read a newspaper since. 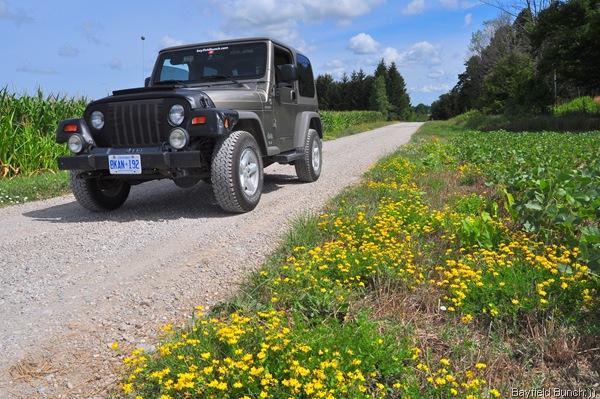 When we lived at the old Weenie Roast Ranch, our Stratford Beacon Herald newspaper, wrapped in a plastic sleeve, was delivered & tossed into our driveway every day.  Max liked to run up the laneway, pick up the newspaper & bring it back to us dropping it on the porch just as proud as he could be.

THE LAST PARAGRAPH(s): This is actually my second post today.  The first one was about some recent comment pettiness here in Blog Land.  Thought better about it & scrapped the post.  Nope, I told myself, you have maintained the high road all along with this person so just stay right where you are AL & keep your thoughts & opinions to yourself.

In the end when all is said & done, opinions have been expressed, thoughts exchanged & nerve endings stepped on, the bottom line still remains the same......'We are all responsible for our own feelings.' IMHO. 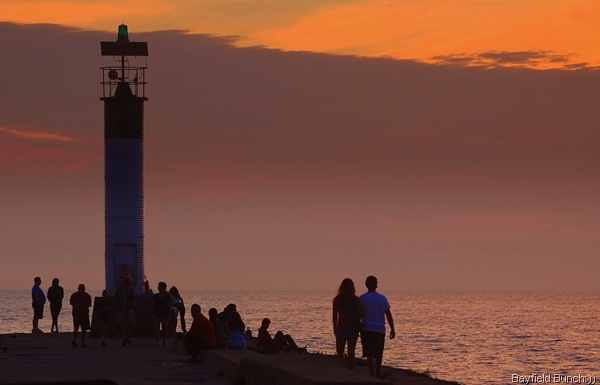 'THE PIER' IN GRAND BEND, ONTARIO

GROANER'S CORNER:((   An aged farmer and his wife were leaning against the edge of their pig-pen when the old woman wistfully recalled that the next week would mark their golden wedding anniversary.
"Let's have a party, Homer," she suggested. "Let's kill a pig."
The farmer scratched his grizzled head. "Gee, Ethel," he finally answered, "I don't see why the pig should take the blame for something that happened fifty years ago."