MY FIRST TELESCOPE & WHAT IS REALLY BEYOND THOSE STARS?? 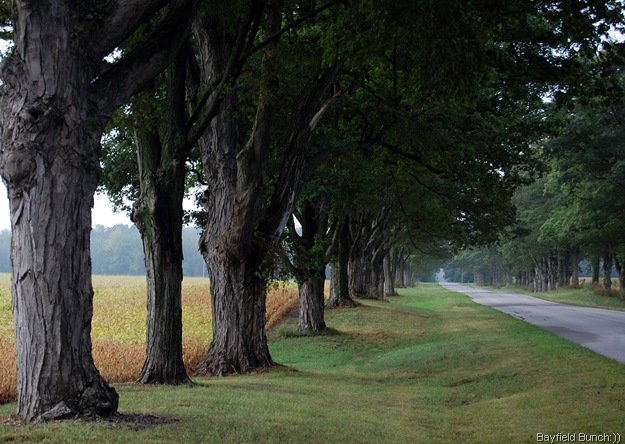 Monday mornings 5 a.m. start to the day was quite a contrast to Sunday mornings start to the day.  Sunday morning it was a Cardinal's lone twittering as it awoke to a new day outside our open patio door.  Monday morning it was crashing thunder, lightning & heavy rain.  Both, sounds of nature on opposite ends of my waking up scale.  The rain was hard enough at one point to break down a bunch of our Hollyhock flowers.  No matter because I'm sure our parched & dusty vegetation sure loved the rain, while I in turn preferred the lone sleepy twittering of the Cardinal.

Sunday morning had me out on the Motorcycle for a few hours doddering around the back roads of our quiet & peaceful countryside.  Quiet at least until I come rolling along.  No, it's not my bike that makes the noise, it's me!!  I have a habit of singing on the bike & it is usually the same old tune....Johnny Horton's, 'Honky Tonk Man.'  And, I can sure belt er out pretty good too.  I have seen cows turn their heads, horses stampede, pigs cover their ears & chickens fly.  Yessireeee Bob,  I'm quite a noise coming down the road sometimes. 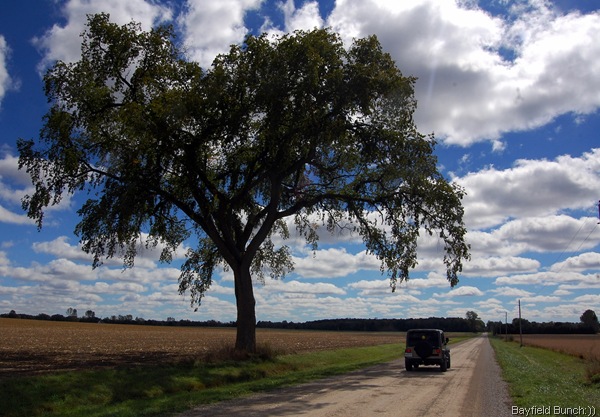 I LOVE MY LITTLE JEEP JAUNTS THROUGH OUR PICTURESQUE RURAL COUNTRYSIDE

I have another curious habit I do on the motorcycle too.  You will remember my big HOWDY DOODY MOTORCYCLE WAVE post a week or so ago.  Well, another curious little oddity I do when passing another bike is give a slight nod of the head along with a verbal............"Gday Sir".  I have absolutely no idea why I do that every time & have actually tried to stop that Australian "Gday" part but it always just seems to pop right out of me.  It's not like the other biker can hear my 'cordial greeting' as we pass each other at a combined speed of 120mph.

But, here's the worry.....the biker can't hear me of course but he may see my lips flapping as I flash by.  I could be saying anything!!  What if this is a bad biker Dude & figures I have told him to...... well you know.  I always have to quickly check my rear view mirror for brake lights in case the guy is in the process of burning a U-Turn & coming after me for assuming I said something nasty.  Oh what a life it is I make for myself some days:)) 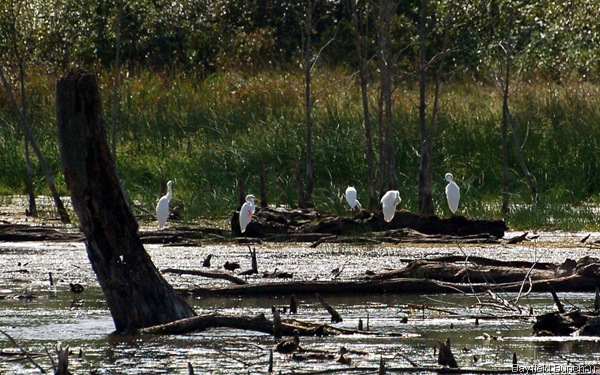 UNUSUAL TO SEE THIS MANY EGRETS IN ONE PLACE AROUND HERE...HULLETT MARSH
We here at the Bayfield Bunch happily welcome three new Followers today.  First is PIRATE & KITTY from THE GYPSY ROSE RV CHRONICLES followed by  Czardastx from JUST ANOTHER DAY & Erin from STITCHING TO STAY SANE.  Welcome aboard folks:))

I was a bit rushed to get this post out tonight & didn't have enough time to gather up some photos showing the various configurations for my camera & telescope set-up in relation to the topic below.  I will get that all together for another post shortly.  A lot of long term readers have seen those photos but we have a few new folks now.

In the summer of 1999 my Aunt Jean in Sarasota Florida drove up to Canada for a summer visit. We had been emailing back & forth for about a year & she knew of my keen interest in Astronomy. I might have had a few clues Aunt Jean was up to something but didn't suspect anything until she rolled into our driveway at the Old Weenie Roast Ranch.  Minutes later the trunk was opened & there, all carefully wrapped up in a blanket was a big white & very professional looking Meade 4'5" Reflector telescope. She had bought it as a gift for me & brought it all the way from Florida. What a great surprise & that was my very first telescope:)) 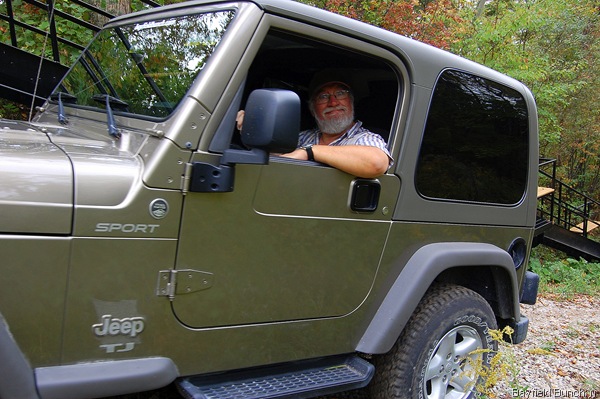 However, the following summer my Meade telescope met with a premature demise. I had left it on it's tri-pod & set up on the covered cement porch for the night with a blanket over it. In the morning when I came out, the scope was lying flat on the hard cement & broken. Only thing I can figure that happened is the barn cats while running around in the night must have scrambled up the blanket & pulled the whole telescope over.  Felt very, very bad about that for a long time
.

I never had another telescope after that until the summer of 2005 when I bought a new 8" Celestron Dobsonian reflector. Don't know what I was thinking because this scope was way beyond my learning curve & patience. Plus, it was heavy & had to be carried around in two pieces everywhere & assembled.  Found myself avoiding it & when I did get it set up I didn't seem to have the patience to operate it.  The scope ended up doing more sitting than stargazing.

It was a year later when we bought our truck & fifth wheel & I realized this scope would not be suitable for traveling anywhere.  I especially wanted to have a telescope to take south with us.   Heard of a place in London called O'NEIL PHOTO so gave the fella a call & wondered if I could trade in my big Mossmagator scope on something not as huge.  No problem he said so I headed myself over to London & traded it in on a smaller more portable Stellarvue 80mm Nighthawk Refractor telescope.

All was well & good except I did not have a proper tripod for this scope.  For whatever reason I didn't bother looking for a pod & after awhile the summer slipped on into Fall & the Nighthawk scope sat in it's case in the corner.  My interest waned even further & I eventually stuffed it under my bed.  Never even took it south for the winter. 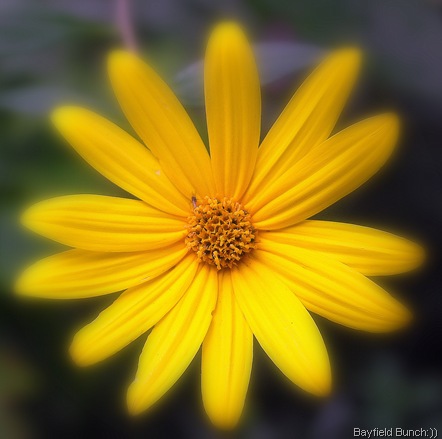 That Nighthawk scope remained where I had put it for 3 years until one summer day in 2008 I hauled it out, dusted if off, & set it up in our driveway to think things over again. Decided to sell it so put an ad on the Kijiji site in London. Had one reply from a fellow by the name of John & as we emailed back & forth he suggested I should keep the scope because it had received good reviews in one of the Astronomy magazines.

With a few helpful telescope tips, some encouragement & a few accessory suggestions from John I began to re-think my selling plans. If I can adapt my Nikon camera to this scope & get myself another eyepiece plus something called an erecting prism I might just be on my way happily back to the starry night sky & some new day time photo opportunities.  In earnest I began the search for a way to adapt this scope to my camera.

With Google's help & few phone calls to O'NEIL PHOTO in London I was able to determine what accessories I needed for the scope to make it adaptable for my Nikon D50 as well as some different powered eyepieces for Astronomy purposes.  Packed up the camera & scope after breakfast one fine summer morning & headed back to O'Neil Photo in London.  Joe O'Neil was expecting me & it didn't take him long to round up the necessary pieces I needed. He had the same Nikon Camera I did & actually this scope was Joe's old scope so he was familiar with how everything worked. With some instructions, a few test photos out the window, & a hardy Hi-ho Silver, I was on my way home again secure in the knowledge I now had a dual purpose scope with which I was finally going to be happy.  And, that has proven to be true. 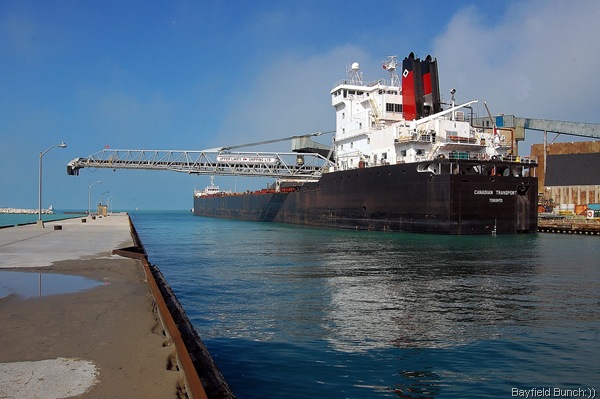 ALWAYS A LOT OF OCEAN & LAKE GOING FREIGHTERS IN THE GODERICH HARBOR LOADING UP ROAD SALT FROM THE BIG SALT MINE WHICH STRETCHES FOR NEARLY 3 MILES OUT UNDER LAKE HURON AHEAD OF THAT SHIP
THE LAST PARAGRAPH:  I will have to be a little careful here in how I word this but those many clear nights under millions of stars gazing off into space over the years has left me with way more questions than answers.  I will be the first to stand up & say I don't know what is going on out there but I am more than ever convinced that it is far beyond & far greater than any of the religions of the world as we understand them.  Far, far greater & far beyond our human comprehension.  Don't know what it is & don't suppose I ever will, but I am becoming more convinced every day of what it isn't.  There, I hope I said that right. 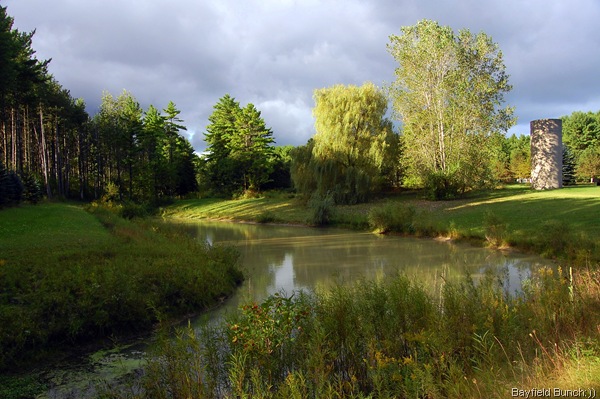 THIS IS THE POND ACROSS THE ROAD FROM OUR PLACE WHERE I GET SOME OF MY FROG & CANADA GEESE PHOTOS...ON OUR MORNING WALKS WE COME IN FROM THE LEFT & FOLLOW THAT GREEN GRASS STRIP ON THE LEFT TO THE FAR END OF THE POND & THEN CROSS RIGHT TO THOSE TALL PINES & HEAD ACROSS A GRASSY STRIP INTO A PINE FOREST.  PRETTY DARN NICE WAY TO START THE DAY:))