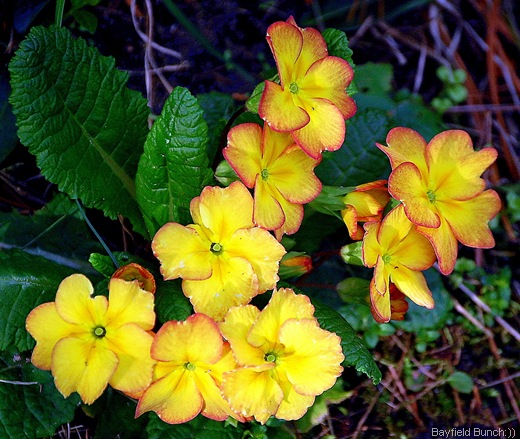 Our warmest morning of the year so far & I was able to step outside in just a short sleeve shirt this morning.  About time!! 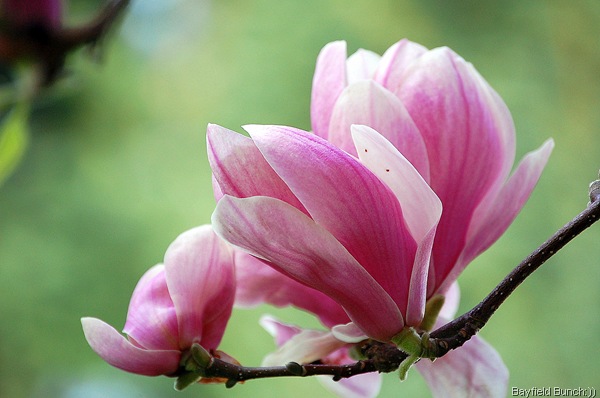 Kelly arrived home about 12:30 today so Motormouse & I were a couple happy guys.  This past two week stretch was the longest Kelly & I have been apart since we met back in the summer of 93.  Nice to have the remaining members of Bayfield Bunch back together again. 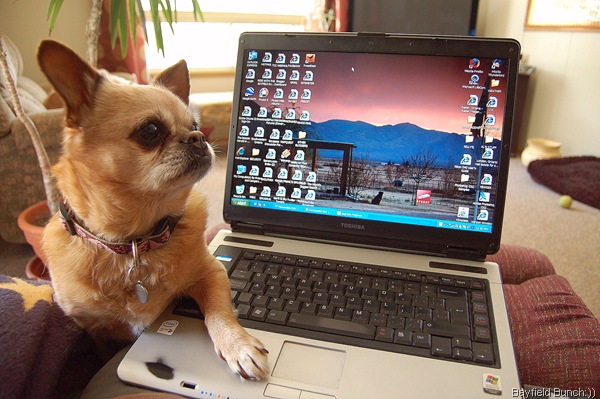 Kelly's Mother is doing much better than she had been just a short week or two ago.  She is able to get around with the aid of a walker & the pain she had for so many years in her knee is totally gone.  She is off the heavy pain pills & even the pain of surgery has lifted.  Days, weeks, & maybe a few months of physiotherapy ahead but all & all for a lady of 86 years she has turned the corner & is well on the road to recovery.  Kelly said it was a teary goodbye this morning after a close two week oneness helping her Mom through the difficult times. 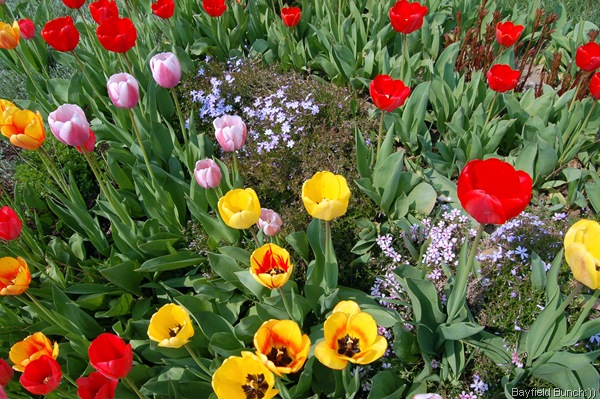 Had a few questions come in about my Nikon D90 post Tuesday night.  In that post I mentioned my desire to make some improvements to my photography.  Haven’t been satisfied with the clarity of many photos.  They are just not as sharp as they could be so that is one area I intend on taking the time to make improvements in.  And, I would like to kick the creative end of things around a bit more as well.  Always room for improvement you know:)) 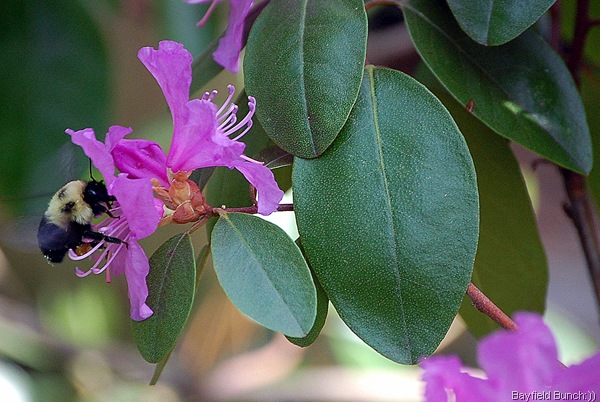 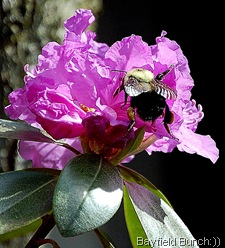 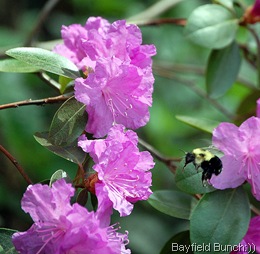 BUMBLE BEE IN OUR AZALEA BUSH

Some folks have asked if I use a 'Burst Mode' when shooting.  It is a term I am not familiar with but assume it means taking maybe half a dozen pics of an object in quick order.  My answer to that is, no.  I come from the old 35mm film days where you tried to make every shot count because of film & developing costs.  I know that isn't the case now but some old habits are hard to break.  I generally just shoot one frame of something & that’s it.  I also do not bracket my shots.  I can set my camera to take 3 pictures of each subject with one being a correct exposure, one under exposed & one over exposed.  Main reason for not doing this is that I can make those same slight corrections later in my Picasa photo program if needed.

AND WE EVEN HAVE TRILLIUMS IN OUR FLOWER BEDS

Most of my telephoto bird shots have been taken with my older Nikon D40 which by the way happens to be a great camera.  Both my 18-55mm & 70-300mm lens are Nikkor & my 700mm lens is actually a celestial telescope which I can mount to either one of my Nikon cameras.  I also have 2 Canon Powershot cameras which I have also tweaked for best results.  All these cameras are capable of excellent photos.  It’s just the operator himself who needs to get up to speed with a bit of tweaking now:)) 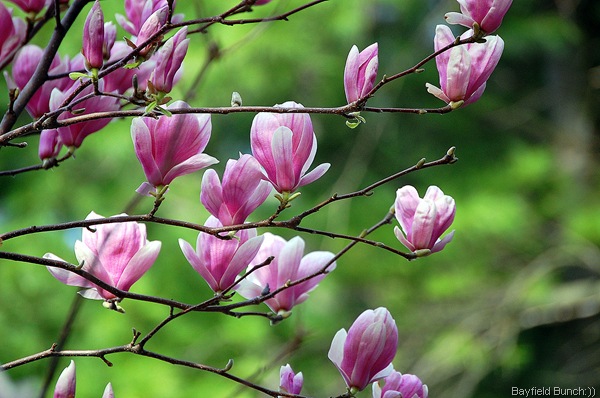 The photos of the Scarlet Tanager were taken while it sat on a branch of our ?? Magnolia tree.  The blossoming tree in the photo of the 2 Orioles together was a Fuji Cherry.  All photos were in our front yard. 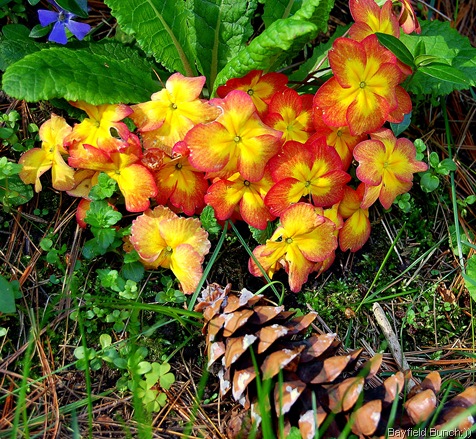 GROANER'S CORNER:((  And did you know that grass is just a flower bed in waiting.

A toddler was found chewing on a slug.
After the initial surge of disgust the parent said, "Well . . . What does it taste like?"
"Worms," was the reply.

Why are husbands like lawn mowers?
They are difficult to get started, emit foul smells and don't work half the time.