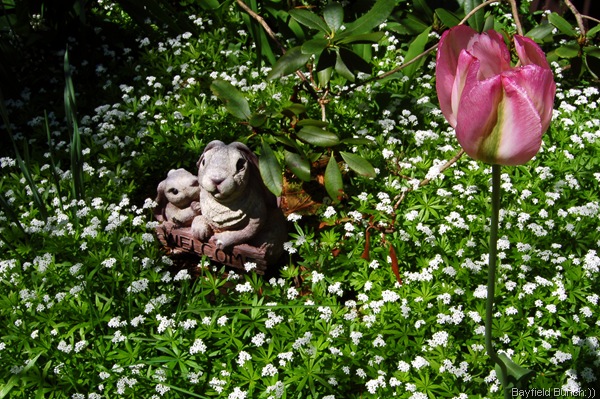 Due to Google’s Blogger site shut down a few days ago I decided to forego writing a post on Friday & preferred to just let things catch up with today.   Looks like my recent posts survived the Blogger breakdown without any damage.  Comments are all intact with the exception of Wednesday where there is only one comment left out of maybe a dozen.  My big worry when things went asunder a few days ago was that hackers had penetrated the Google Blog network & possibly destroyed everyone’s blog site.  I have a habit of always thinking worst case scenarios you know:((

HAD FORGOT TO ADD THE SECOND PHOTO TO THE CANADA GOOSE SPLASH DOWN LAST WEEK
Ok, a quick look at Friday before I get into Saturday.  Our Friday was a basic recap of Thursday as we both busied ourselves around the house with various projects.  Kelly picked up some summer flowers at a local nursery & planted all our outside planters.  I ripped the old carpet off our front porch.  We plan to begin some refurbishing to our front porch & adjoining wood deck shortly. 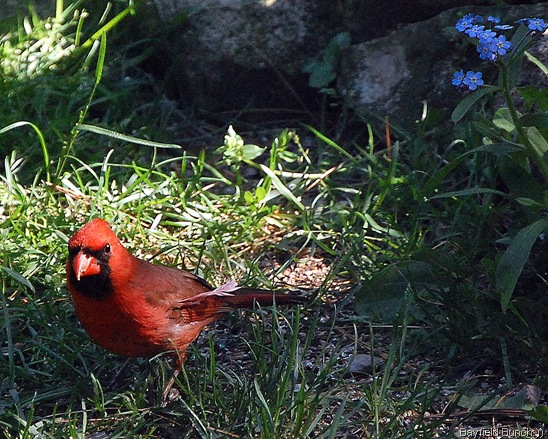 MALE CARDINAL
With Kelly’s words today, “there’s a blue bird in the front yard,” I carefully creeped around the corner of the house with my 300mm lens & cracked off two quick pics of a blue 'Indigo Bunting.'   That reminded me of something I had blogged about a couple days ago that I should clarify.  When I said I only take ‘one shot’ of everything I should not have referred to that in general terms.  Landscape scenes I generally do one shot & maybe shift my position or angle slightly for a second shot.  Nervous flittering birds or skitterish animals are a different story.  If I spot a bird I generally try to get the first shot off as fast as I can because the bird may only be there long enough for one quick shot.  After that first shot I will then refocus & recompose the second shot quickly for another photo & if the bird is still there I may try to refine a third & fourth photo.   In the case of the Indigo Bunting my first shot was slightly blurred but my second shot about  4 seconds later was better.  The Bunting took flight about a half second after the shot.   It is rare for me to use a ‘Burst’ type mode although I did do that for the male Oriole dust up last week. 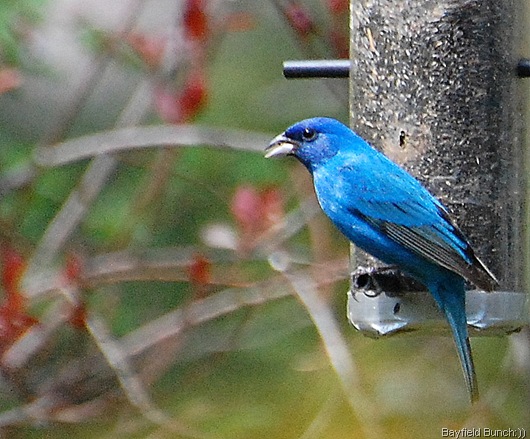 INDIGO BUNTING
Kelly will officially start off her busy season at Deer Park Lodge this Monday & that will put her in high gear right on up into the Fall at which point she will be well deserving of a long quiet rest in the peaceful deserts of the American Southwest again for the winter. 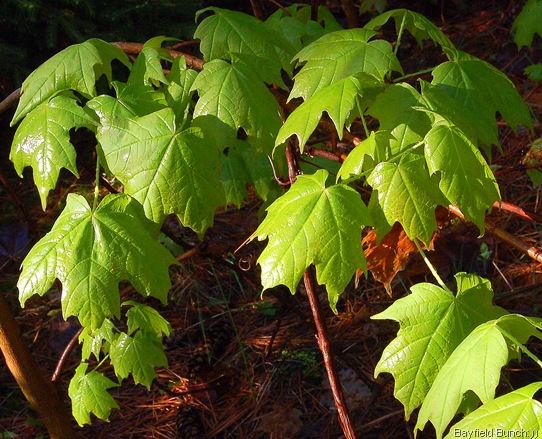 GYPSY is on the road heading from West to East this time with her dog Lady, her 350 Ford dually & a tent.  Might want to check out her progress & see how she is doing.  Last time I checked she was somewhere in Nevada.  And, RETIRED ROD ended up having to tear part of his dash apart in their fairly new Tiffin Allegro Bay Motor Home in search of a possible wiring problem concerning his hydraulic jacks & troublesome console instruments.  I don’t know where these guys get all the patience & know how to do this kinda stuff. 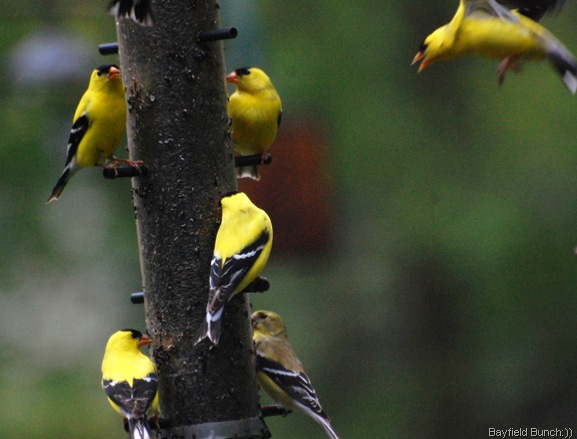 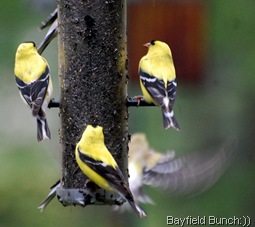 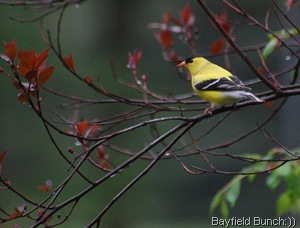 AMERICAN GOLDFINCHES
Woke up to the sound of a gentle rain this morning & it turned out to be an all day soggy Saturday.   But that’s OK because it was a mild 63F.  The recent warmer air & rains have really began popping buds out on area trees.  So nice to see all the greenery coming back again for another season.  Yahooie Louie:)) 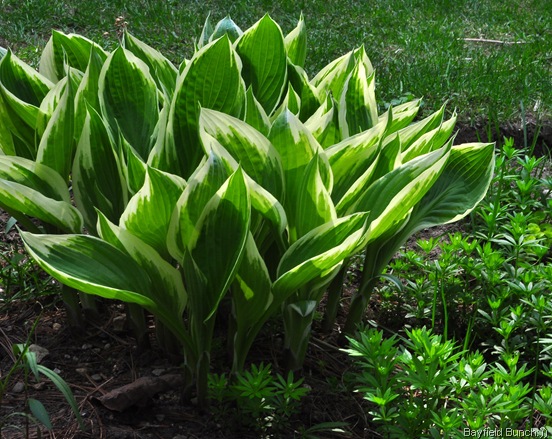 We are fortunate to have a nice 2 vehicle carport & on rainy days it is a great place to work on rainy day projects.  Today I was able to reorganize a lot of stuff I had taken out of the Motor Home bins.  With the type of boon docking RVing we prefer, a lot of dusty roads are sometimes traveled & that desert dust occasionally has a way of finding it’s way into the storage bins.  When we return to Canada in the Spring those bins & the things in those bins are in general need of a good cleaning & reorganizing.  It was a good rainy day project for me today:)) 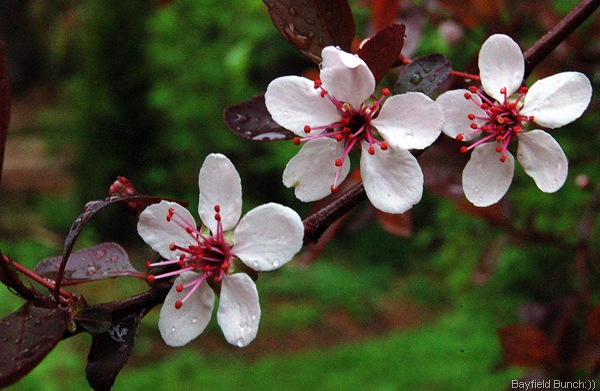 SAND CHERRY BLOSSOMS
GROANER’S CORNER:((  Smith goes to see his supervisor in the front office. "Boss," he says, "we're doing some heavy house-cleaning at home tomorrow, and my wife needs me to help with the attic and the garage, moving and hauling stuff."
"We're short-handed, Smith" the boss replies. "I can't give you the day off."

"Thanks, boss," says Smith "I knew I could count on you!"