SO NICE TO HAVE KELLY HOME:)) 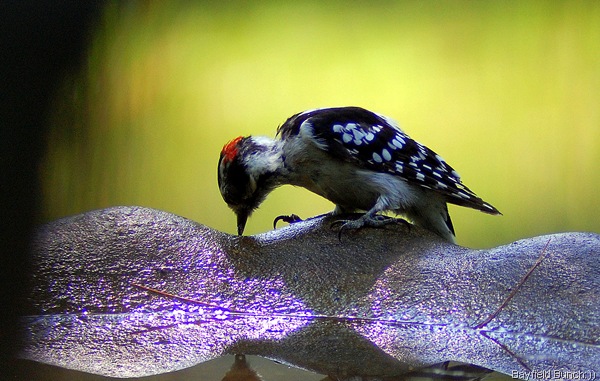 DOWNY WOODPECKER ON OUR BIRDBATH

NOTE:  Due to technical difficulties at Googles Blogger Site, I & countless thousands of others have not been able to publish our blogs since late Thursday on May 12th.  As soon as the problem is fixed I will hit the 'Publish' button.  Following post is from Thursday.....................

Have to tell you again how nice it is to have Kelly home after an absence of two weeks.  I could feel my spirits lifting as soon as I heard the car door in the driveway Wednesday.  It was so reassuring to have the very heart of the Bayfield Bunch home.  The little Motormouse was just about jumping out of her fur because Mom brought her a squeaker toy all the way from New York State:)) 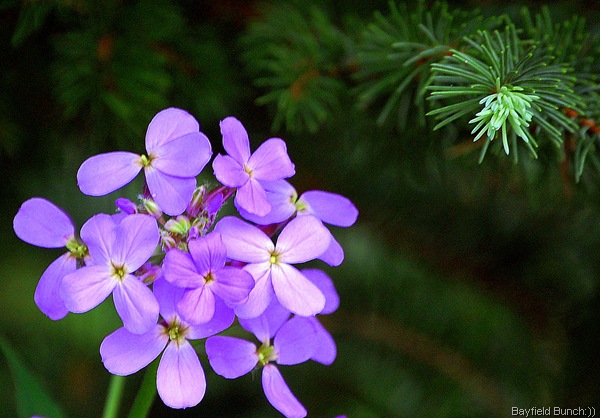 It has been a difficult few weeks but with Kelly here now I can see some light at the end of the long dreary tunnel.  Today was definitely a feeling better day & I spent most of it working in the flower gardens.  It was just knowing Kelly was close by that made all the difference.  She is just the very much most bestest little person of ever:)) 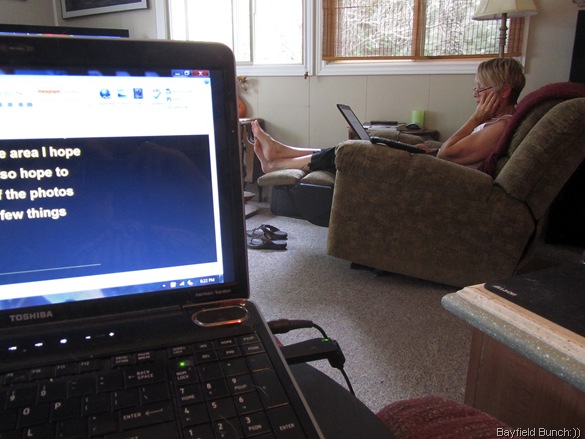 SURE IS NICE HAVING THE LIGHT OF MY LIFE  HOME

Today while digging up & transplanting a lot of ground covers around our place I was reminded of Kelly's Dad who passed away last year in August.  Frank was a fellow who loved spending time in his gardens & even in his final months he would struggle outside with his walker & make his way slowly down the back yard to his beloved gardens & try to do whatever he could.  Kelly said there were times when he would fall & lay on the ground until he had enough strength to pull himself back up to his walker again.  I was reminded of Frank today because Kelly brought home his garden tools Wednesday & it was those tools I worked with today in the garden.  Frank was a very caring, friendly & hard working person & Kelly takes right after him.  I wrote this TRIBUTE TO FRANK when he passed away on August 29th, 2010. 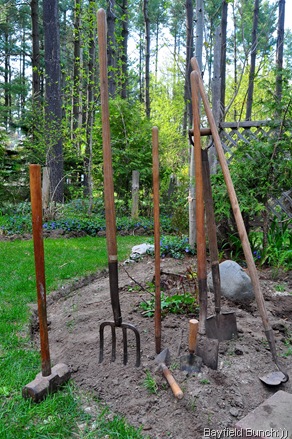 FRANK'S GARDENING TOOLS....I THINK HE USED THE SLEDGE HAMMER TO BEAT BACK THE WEEDS:))

Donna K from TRAVELS IN THERAPY has written a couple of very informative & thought provoking posts that everyone should read whether you are an RV’er or not.  She deals with a subject that is avoided by many & yet is crucial to absolutely everyone.  Check out Donna’s PART 1 & PART 2 of Exit Strategy???? 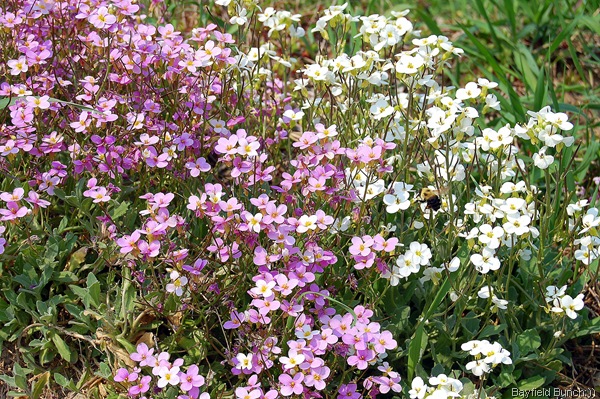 Has anyone else been having problems with the Blogger website today?  Seems to be something going on over there at the house of Google!! 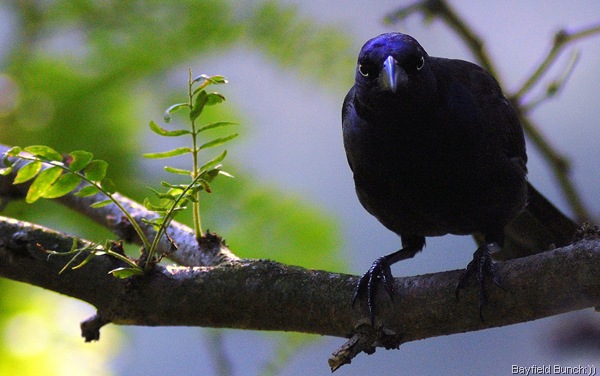 JOE & NANCY had themselves a tour of the Monaco Motor Coach plant in Coborg, Oregon recently.  They were impressed with the talented ladies working on the creative paint schemes on the coaches. 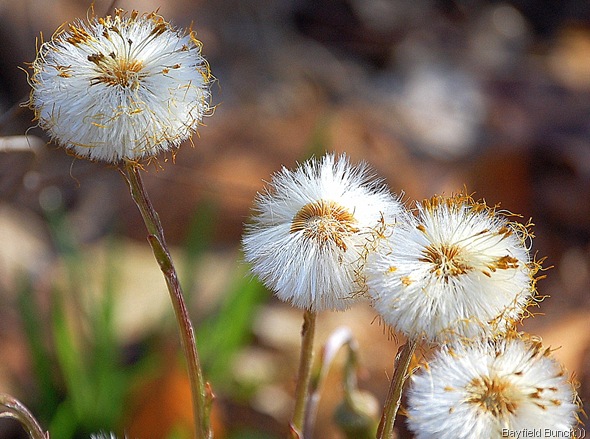 Brady at BEHIND BARS - MOTORCYCLES & LIFE has joined the Bayfield Bunch as our latest blog supporter.  Thanks for dropping by Brady.  Much appreciated:))

OUR TREE FROGS ARE BACK & THESE ARE THE FELLOW'S  I CALL 'HOCKEY WHISTLE' FROGS BECAUSE OF THE LOUD NOISE THEY MAKE ALL NIGHT.  THEY DRIVE KELLY BONKERS!!

It has been a struggle some nights putting the blog together over the past 3 weeks but it has also been a help in keeping my mind of the sadness in my heart.  I have fallen way behind in my email correspondence with folks as well but with Kelly home now I feel my interest & enthusiasm coming back & am hoping to be back up to speed with myself very soon:)) 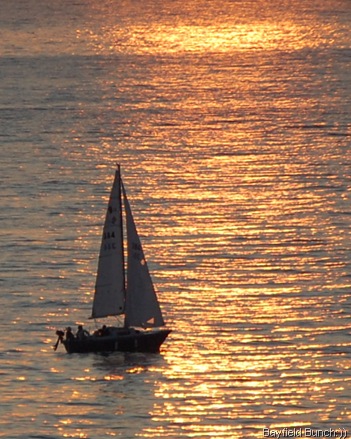 GROANER’S CORNER:((   After being away on business, Clarence McDougal thought it would be nice to bring his wife a little gift. "How about some perfume?" he asked the cosmetics clerk.
She showed him a bottle costing $50.00. "That is a bit much," said Clarence.

So the clerk returned with a smaller bottle for $30.00. "That's still quite a bit," Clarence groused.

Growing annoyed, the cosmetics clerk brought out a tiny $15.00 bottle. "What I mean," said Clarence, "is I would like to see something really cheap."

So the clerk walked to a nearby shelf picked something up, returned to the counter & handed Mr. McDougal a mirror.