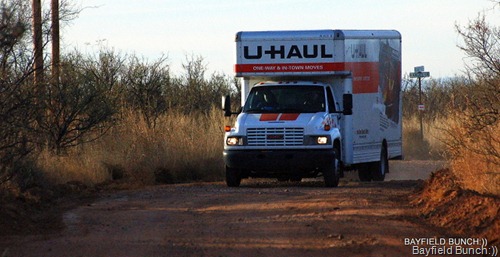 MOVING DAY AS THE BOYS ROLL IN THIS MORNING ABOUT 8

Today’s post marks a bit of a milestone for me.  It is my 1000th post on Blogger.  Never for one second when starting this blogging thing did I ever think I would at some point write a thousand posts.  It’s actually over a thousand if you include the ‘My Space’ blogs I originally started out with back in late 06.  Right from the beginning, my blogs have always centered around the RV world.    Regardless of what I write about I generally always try to connect the post with RVing in some way. 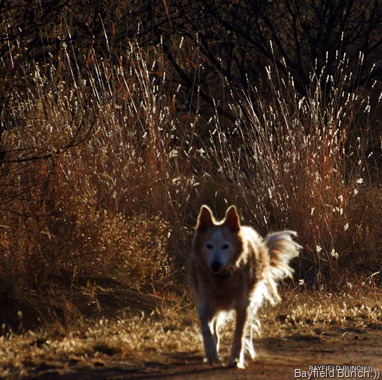 I had actually pre-wrote a whole blog about my thoughts, feelings, & opinions regarding my blogging habits over the last few years but at the last minute decided not to post it.  I have managed to keep myself out of the ‘Bear Pit’ lately so figured I’d just play it safe & stick with the light & fluffy stuff…… for awhile longer:)) 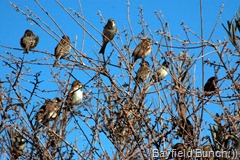 Finally, we are definitely warming up in the Southwest & I think Thursday was one of the warmest days we had so far with temps predicted in the 70’s today.  We did drop below freezing again last night but it actually felt warm compared to the single digit stuff we had just a few nights ago. 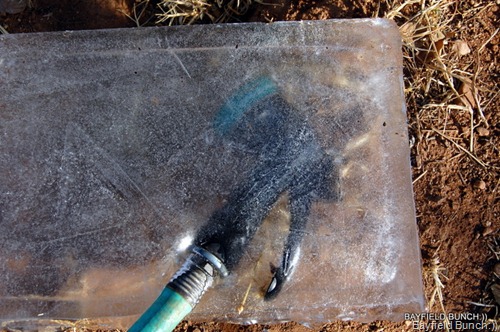 YEP, WE GET SOME COLD NIGHTS IN ARIZONA ALRIGHT

In my GRAPEVINE CANYON RANCH BLOG a few days ago I had mentioned about one of Eve’s dogs tangling with a Coatamundi.  I noticed this morning that Eve posted about that episode on her website this morning.  She also writes about all the media hype over the Mexican border problem in the area.  And, for you folks interested in horses & improved riding skills, she also talks about their horse clinic at the ranch.  Check out Eve’s well written post at, TUFFY & THE COATIMUNDI. 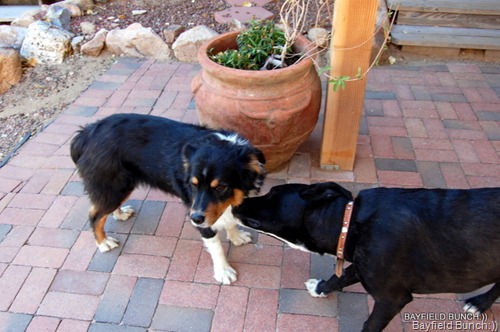 THAT’S TUFFY ON THE LEFT

Kelly came across a blog this past week & when she read it to me my heart went out to this solo lady RV’er.  She was dealing with a Motor Home slide stuck in the out position.  Diagnosed now with a burnt out slide motor.  Sounds like upper molding & roof damage as well & when I checked her blog again this morning she is now having to get the roof replaced on her 5ver.  All this while being grounded in an RV Park.  Might want to drop around to ROADRUNNER'S TRAVELS with a few words of encouragement for this lady. 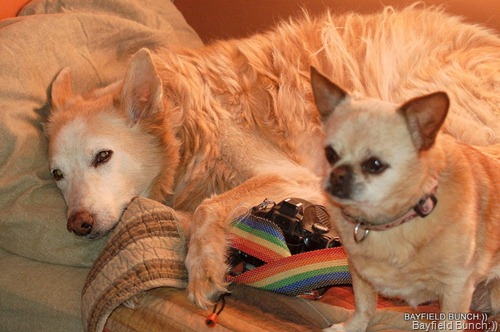 Noticed another RV couple recently made the hike to one of my favorite spots in California’s Anza-Borrego State Park.   JEAN & SKIP trekked up Ghost Mountain to the Marshall South homestead & found it to be a special place just as I did.  I have hiked to the Homestead 3 times now & will probably do so again when we get over California way later in the season.  Jean & Skip are now in Quartzsite with a stop on the way at the Salton Sea. 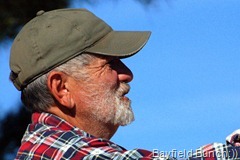 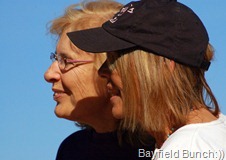 All our critters are doing fine including the little Motormouse.   We are continuing to apply warm compresses to the cyst on her hind quarters.  The grape sized growth has not changed in size or color.  The Vet was hoping this cyst would lance & drain on it’s own by now but so far it hasn’t.  It isn’t bothering the little Motor at all so we will give it a bit more time. 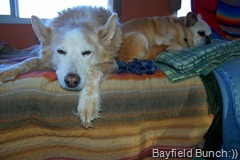 Today we were involved in a busy morning move.  It has been nearly 2 months since health issues forced Ingrid & Tom to leave their house for the last time & move back to New York State.  We have been parked as security on their property east of Elfrida Arizona for nearly a month now & today was moving day for all their household belongings.  The move ended up going much smoother & faster than anyone anticipated. 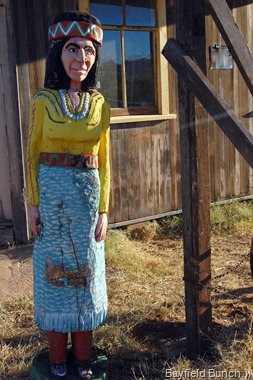 Ingrid & Tom’s 2 Sons flew into Tucson from New York State (yes, their arms were very tired) Thursday afternoon, picked up a big U-Haul truck, spent the night in Elfrida & then rolled in about 8 a.m this morning.  Jeanie & Ray arrived shortly after & within minutes we all had our sleeves rolled up & were right into the move.  With 4 Seniors on the job plus the 2 younger Sons from New York we wrapped the whole moving process up in an amazingly short 3 hours.  We Seniors really know how to pour the power on:)) 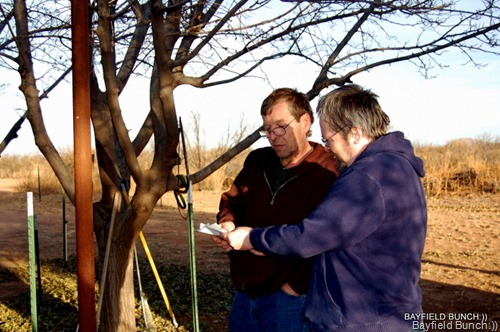 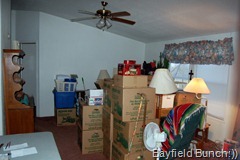 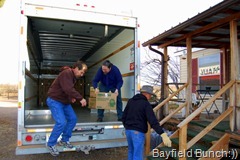 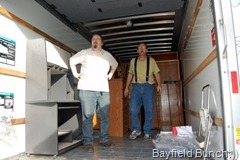 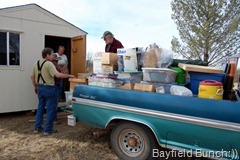 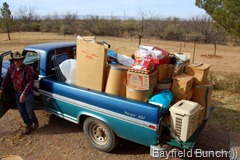 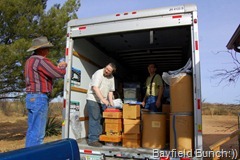 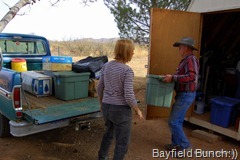 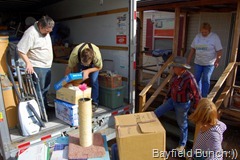 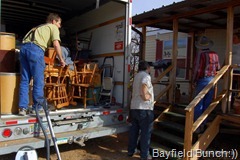 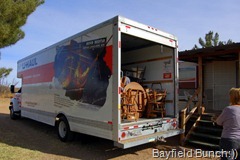 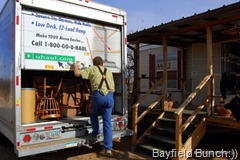 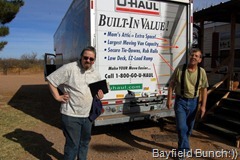 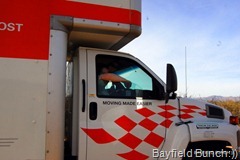 GROANERS CORNER:))   Two rednecks, Bubba and Earl, were driving down the road drinking a couple of bottles of Bud. The passenger, Bubba, said; "Lookey thar up ahead, Earl, it's a police roadblock!! We're gonna get busted fer drinkin' these here beers!!"  "Don't worry, Bubba," Earl said. "We'll just pull over and finish drinkin' these beers then peel off the labels and stick them on our foreheads, and throw the bottles under the seat."  "What fer?," asked Bubba.   "Just let me do the talkin', OK?," said Earl.  Well, they finished their beers, they threw the empties out of sight & put the labels on each of their foreheads. When they reached the roadblock, the sheriff said, "You boys been drinkin'?"  "No, sir," said Earl while pointing at the labels. "We're on the patch."