AS THE EARTH TILTS FURTHER NORTH, WE SAY GOOD-BYE TO UNCLE HARRY BEFORE LEAVING 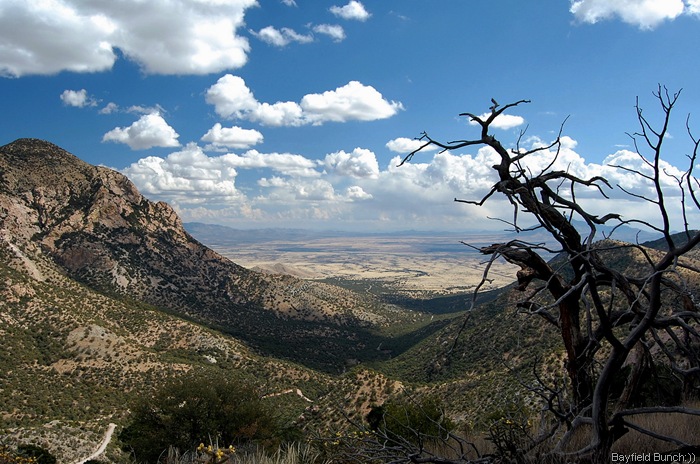 With each passing day the earth is tilting further & further to the north lessening the warming effects of the sun's rays.  It is the the cold air that now dominates in the northern latitudes.  It is a time now of winter coats, mitts, warm sweaters & hot chocolate.  It is time for Northern Snow Birds to flex winter wings.  A time to fill gas tanks, check tire pressures, oil & transmission fluids.  And it's time to load up the furry kid's toys. 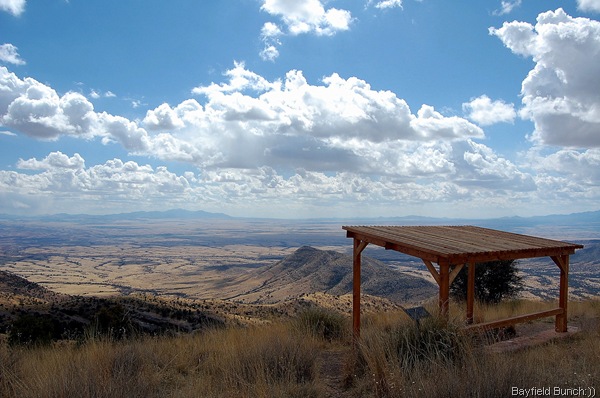 GAZING INTO THE HEART OF MEXICO 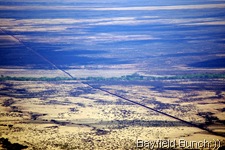 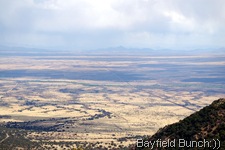 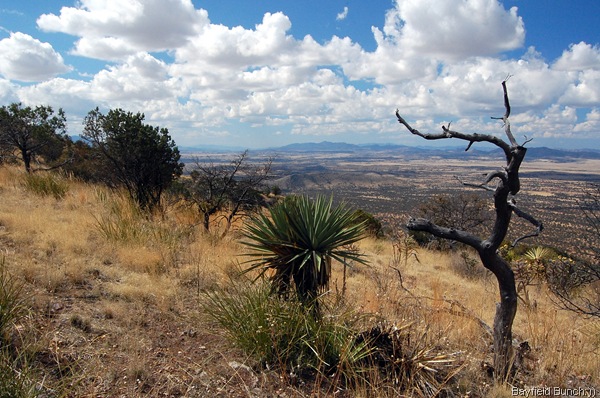 Kelly & I headed off to Mitchell Ontario this morning to visit with my Uncle Harry at the Ritz Lutheran Villa Care Facility.  He was dozing in his chair listening to music when we got there.  We had the TV cable company set up the music channels for him shortly after he moved to the Villa at the end of last June.  We did the same thing for my Mother when she was in a Nursing Home in Tavistock, Ontario a few years ago.  And, just as it was with my Mother, it is the music Harry enjoys everyday the most.  He still has a keen interest in watching hockey & baseball but it is the music that is bringing the most contentment to his 93 years.  Henry Mancini,, Glen Miller, Andre Kostelanitz, Mantovani, Richard Clayderman, Frank Sinatra, & the list goes on & on.  And, so does the music in Harry's room.  Sometimes 24 hours a day.  I am so fortunate to have come from a family who so much has enjoyed their music over the years.  I have said this before & will say it again here.......if you were to ask me what one single thing in my life has brought me more peace, joy, happiness & entertainment...... my one word simple answer would be, 'music.' 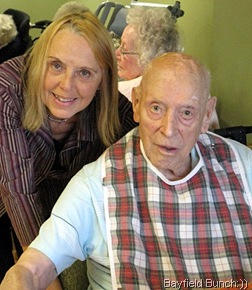 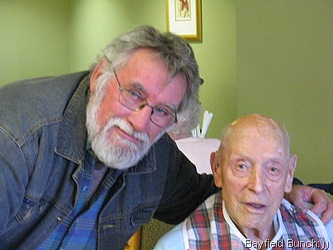 It was a sad goodbye with Harry this afternoon because at age 93 you know there are not as many goodbyes left today as there was yesterday. 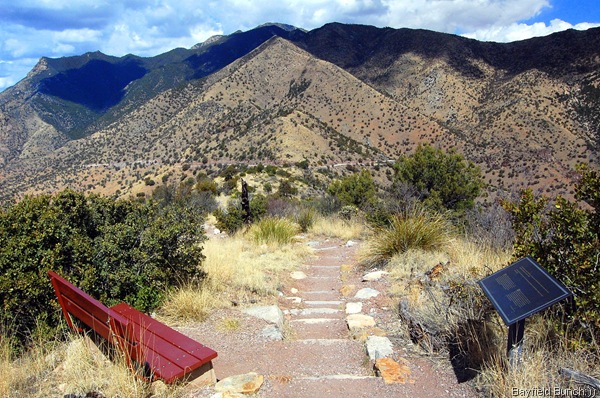 PATHWAY LEADING DOWN FROM CORONADO PEAK

As always, it was a quiet Halloween night for us & that is by choice.  We live in an Adults Only Park so there are no trick or treaters anywhere.  But, it does bring back many good memories from a 4 year time period years ago when I did get to know a little person.  She was the only little person in my entire life & we had an absolute blast for the whole time I knew her & her Mother.  I remember taking her trick or treating on Halloween nights, winter toboggan rides, sunny days at the beach, browsing through shops in Puerto Vallarta, Mexico helping with school projects, shop till you drop marathons, ice cream, laughter, & once while her Mother was out we even got into the kitchen cupboards, got some flour, eggs, & cake mix going & baked ourselves a cake from scratch. (I have pictures of that & will try to find them)  What a mess the kitchen was.  What a happy mess we were & what a big mess of trouble we had ourselves in when her Mother came home.  Halloween just hasn't been the same. 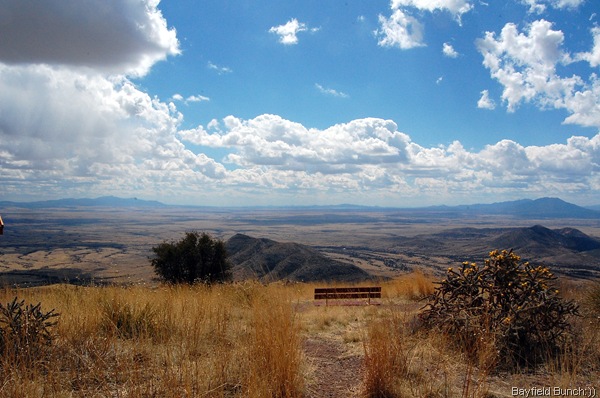 A NICE BENCH TO SIT AWHILE & DREAM OF MEXICO......THEY WAY IT USED TO BE

Tuesday morning I am off to see the Doctor.  It is the same appointment I missed a couple weeks ago.  Wants to talk to me about something that the receptionist said will only take 5 minutes.  Well, that's fine with me.  As long as he doesn't chase me around the room trying to stick me with a big scary looking needle.  Remember those totally traumatic times in public school when we all had to line up for those excruciating painful vaccination shots & stuff.  We always new when the medical team ambushed the school because we could smell that cleansing alcohol smell in the halls & classroom well before ever seeing the lab coated torture squad!!  I still think of that fear when I detect that smell in hospitals to this very day. 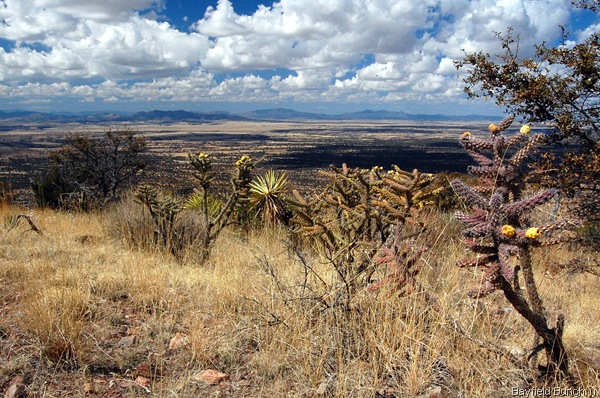 THE MEXICAN BORDER IS ONLY ABOUT HALF A MILE AWAY

It has been 4 months now since bringing that bumpity square box of a Jeep Wrangler home & I am enjoying that silly little thing just as much now as when we first got it.  In fact, I think it might even be turning into a love affair.  Long time since I had a vehicle with such an affection tied to it.  It's just a simple little Mossmagator of a thing.  No bells & whistles.  No cheesy fancy plastic chrome around the windows & taillights.  No headlight clusters that look like they belong on an Alien space ship & no dash interior that looks like an exploded boom box on steroids.  Like Joe Friday from Dragnet years ago used to say, "Just the facts ma'am, just the facts."  Only, in our case it's, "Just the basics man, just the basics:))" 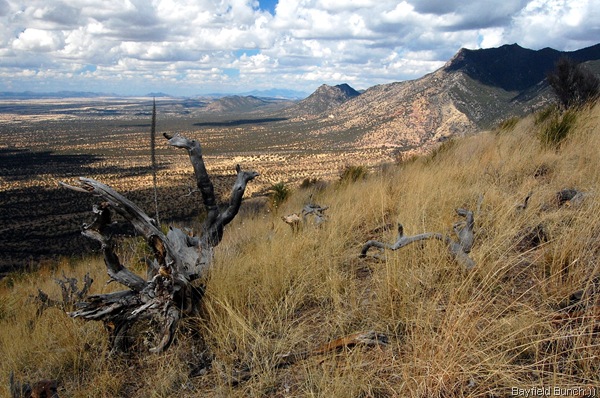 RETIRED ROD sent me over a blogsite today that looks interesting.  This fellow has similar interests to ours & likes to get out on the trails, get the boots dirty & go scratching around looking for old southwest history.  His name is Steve & you can find his adventures here.... STEVE'S RV TRAVELOGUE 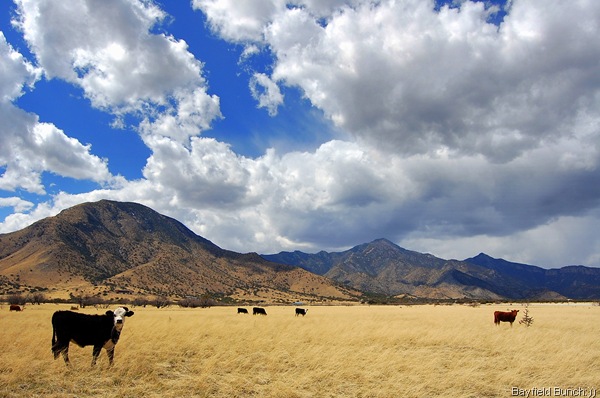 THE EAST SIDE OF THE HUACHUCA MOUNTAIN RANGE...AZ.

And, I did run into a piece of technology that logically agreed with me today & it has to do with telephones.  'Voice activated dialing!!'  Finally, the tech Gods have had enough of my complaining & have come up with something practical.  If I could pick up a cell phone & not have to strain my eye balls right out of my head picking through a tiny bunch of numbers with the tip of my pen (Blackberry) I might take to carrying one of those cell phone things around myself.  Just press on, wait for the dial tone & say into the phone whomever it is you want to call.  Example, "Call Bill," "Call Mary." or "Call Santa."  Fifty voice activated numbers can be programmed in.  This is now being offered by Bell Telephone here in Ontario & I'm sure other companies have it as well.  And, only 5$ a month.  My kinda phone technology & my kinda price:))  Now, if I could just get me a cool Jitterbug phone................

MOONDOWN OVER THE MULE MOUNTAINS...PHOTO TAKEN FROM 'THE RANCH' NEAR McNEAL, ARIZONA  (200mm)

GROANER'S CORNER:((  A man and his wife were awoken at 3:00 am by a loud pounding on the door.
The man gets up and goes to the door where a drunken stranger, standing in the pouring rain, is asking for a push.
"Not a chance," says the husband, "it is 3:00 in the morning!"
He slams the door and returns to bed.
"Who was that?" asked his wife..
"Just some drunk guy asking for a push," he answers.
"Did you help him?" she asks.
"No, I did not, it is 3:00 in the morning and it is pouring rain out there!"
"Well, you have a short memory," says his wife. "Can't you remember about three months ago when we broke down, and those two guys helped us?
I think you should help him, and you should be ashamed of yourself!"
The man does as he is told, gets dressed, and goes out into the pounding rain.
He calls out into the dark, "Hello, are you still there?"
"Yes," comes back the answer.
"Do you still need a push?" calls out the husband.
"Yes, please!" comes the reply from the dark.
"Where are you?" asks the husband.
"Over here on the swing," replied the drunk.