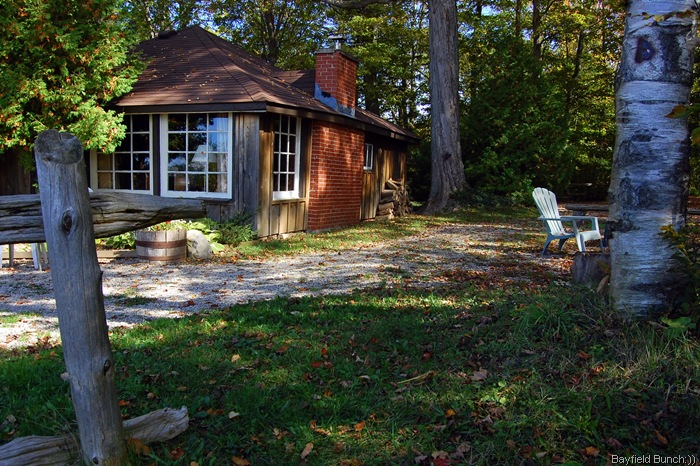 I stepped out the door this morning about 8 & stepped right back inside again.  It was time to put on my warmer winter coat.  I'm not one of those people who doesn't mind the cold.  I do mind the cold so I generally dress myself on the warm side of doubt. 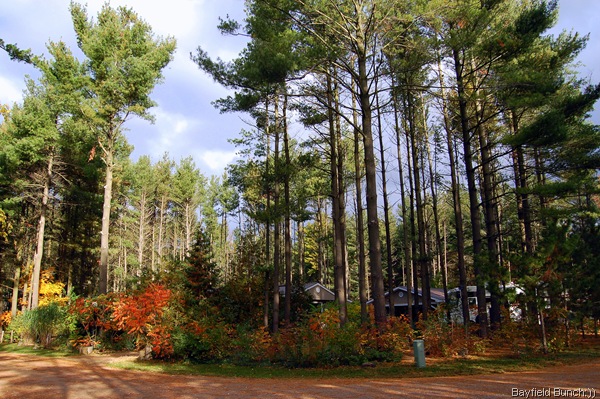 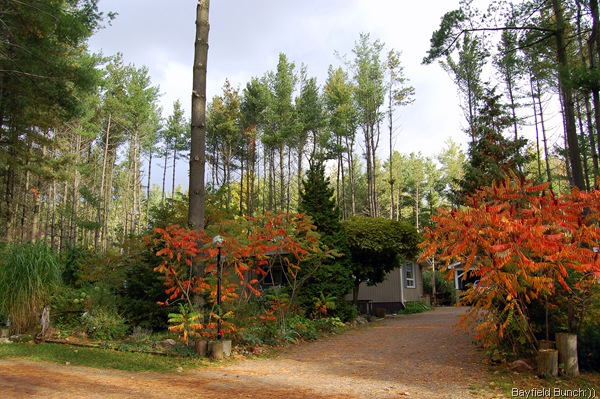 AUTUMN AT OUR HOUSE

Had some folks to pick & up & drop off with the company's mini-van & that took up the majority of the morning.  Leaves are beginning to color up  along the bush lines & the heavy dew on the work van's windshield suggested our first frost is not far away.  Noticed the farmers are in the fields with their combines taking off the beans now.  Corn will be next. 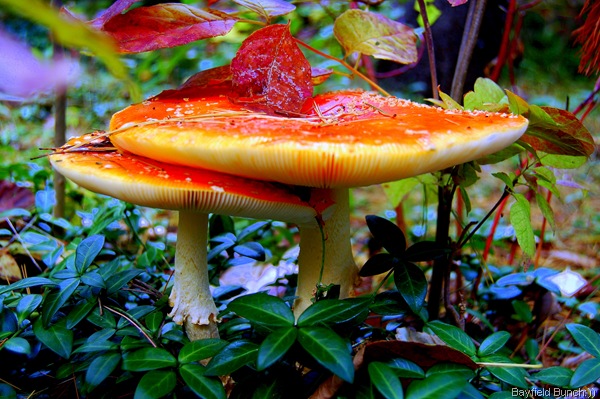 A quiet & cozy forested cottage by the lake in Autumn is truly a romantic setting.  It was here at DEER PARK LODGE'S 'Hutch' on Saturday where Kelly's youngest son Ben, proposed to his girlfriend Bri.  Ben & Bri have been together for over 3 years & it was nice he chose the Hutch to propose marriage on their short week-end get-away.  The Hutch is where Kelly's Mom & Dad liked to stay when they came to visit us from Spencerport NY.   I'm sure Ben's Grandpa Frank was there in spirit tending to the glowing embers in the fireplace. 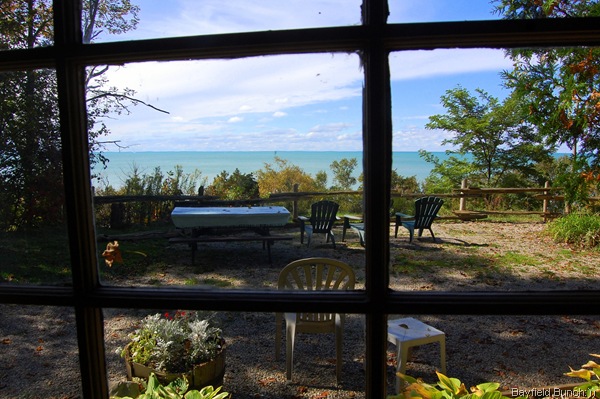 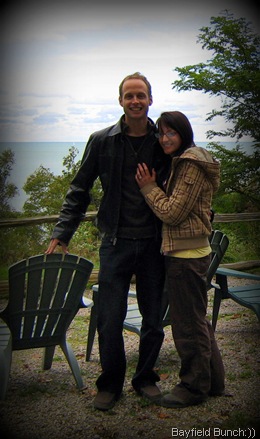 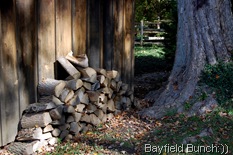 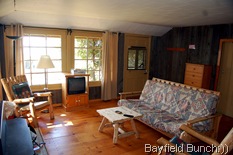 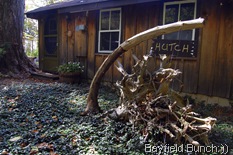 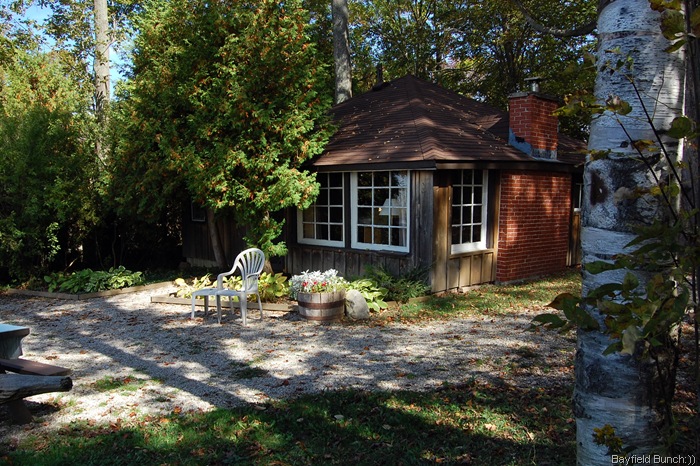 Looks like Montana's Janna & Mike over at TIN TEE PEE/LOG CABIN got themselves a spiffy little Jeep Wrangler Sahara last week. It's going to fit right in with their new love of boondocking for sure.   We had been waffling back & forth on which Jeep top to take with us this winter but I think we have pretty much settled on the hard top.  After all the trouble I had this summer with trying to stretch, pull, push & finagle with the soft top it was soon apparent to me that I was never going to have the patience for all that.  I think the hard top will travel better plus gives us additional added security.  Too easy to slit a soft fiber top with a knife & reach in to grab a camera or something.  Less wind noise with the hard top as well.  If need be, I'm sure Kelly & I could remove the hard top if we really wanted to.  Only 2 windshield clamps & 6 easily accessible bolts to be undone before lifting the whole top off.  Kelly is strong like Bull!! 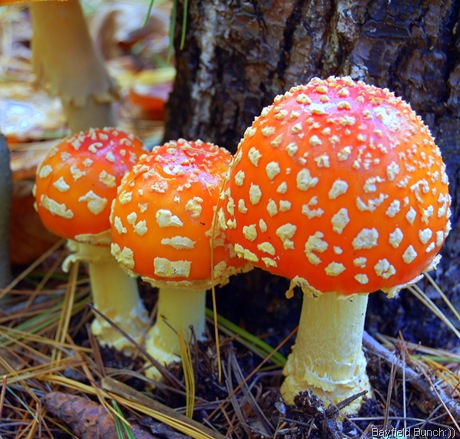 Seems every year we go south we have some kind of different BBQ cooking device.  A few years ago it was a Cobb Cooker, last year it was a Coleman something or other along with a gas Weber.  I think the Coleman has gone the way of the DoDo bird already & has been replaced with a BBQ Weber.  Haven't seen the Cobb around for awhile so it may have already caught the last train to Clarksville.  The charcoal powered BBQ Weber Kelly brought home this afternoon required assembly so as soon as we got it out of the box I was right at it with my trusty screwdriver like a true NASCAR mechanic assembling an 800 hundred horsepower turbo charged race car engine.  Five minutes into the job I was toast so you know who had to finish the assembly!! 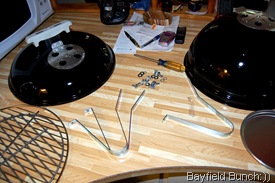 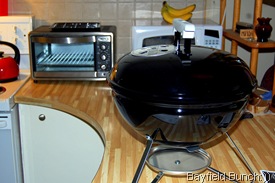 A little fairy must have come in the night & fixed our rig's toilet because I saw water in the bowl late Friday afternoon.  It hasn't held water since last March because the seal in the flapper mechanism needed replacing.  Turns out the little fairy was Lorne's RV here in Bayfield & he must have slipped over & fixed that sometime Friday morning when we were both working.  Kelly had called him a couple weeks ago & he said he would pop in & replace that seal next time he was in the neighborhood.   Don't ya just love when things happen smoothly like that.  I guess the next thing on the checklist will be 2 new tires for the front of the Motor Home.   By the time we're ready to head for the southwest in another month we'll probably have about $3 left in our bank account for gas to get there:((  Boy, this part time RV life is sure not for the faint of heart......or pocket book!! 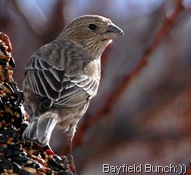 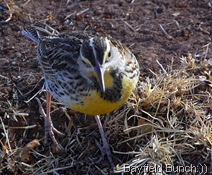 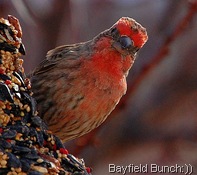 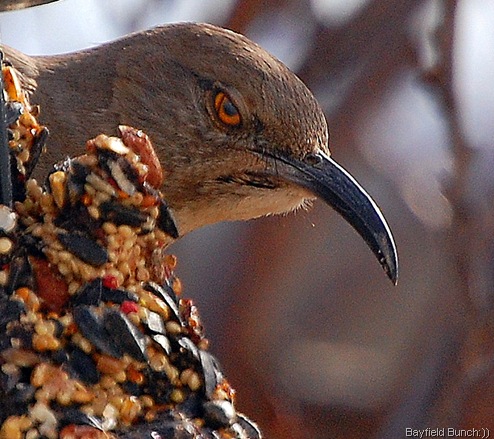 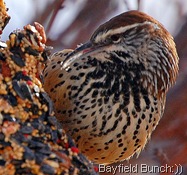 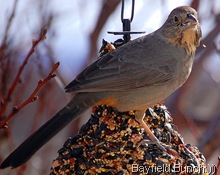 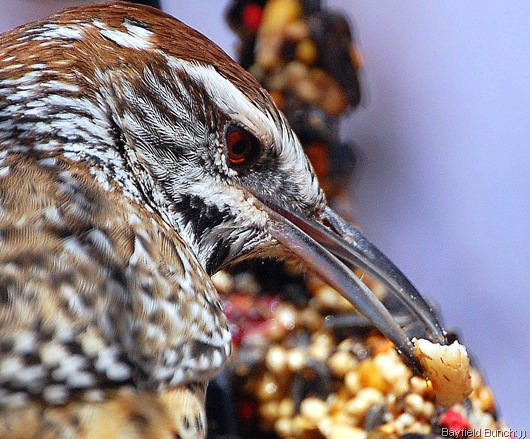 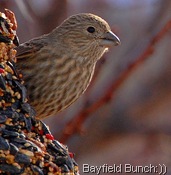 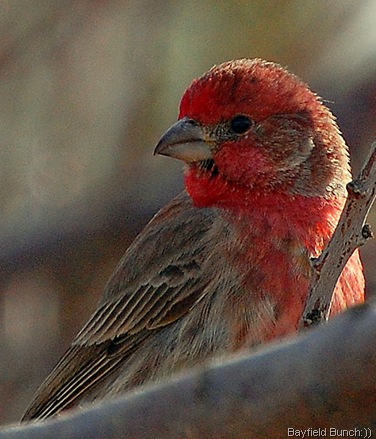 A  FEW OF MY SOUTHWEST BIRD PALS

GROANER'S CORNER:   Shortly after a British Airways flight had reached its cruising altitude, the Captain announced:  'Ladies and Gentlemen, this is your Captain speaking. Welcome to Flight 293, non-stop from London Heathrow to Toronto. The weather ahead is good, so we should have a smooth, uneventful flight. So sit back, relax  and... OH, MY GOD !'  Silence  followed!  Some  moments later the Captain came back on the PA;   'Ladies and gentlemen, I'm sorry if I scared you. While I was talking to you, a flight attendant accidentally spilled a cup of hot coffee in my lap. You should see the front of my  pants!'  One Newfie passenger yelled out.......'Lord tunderen jezis, you  should see the back of mine!'