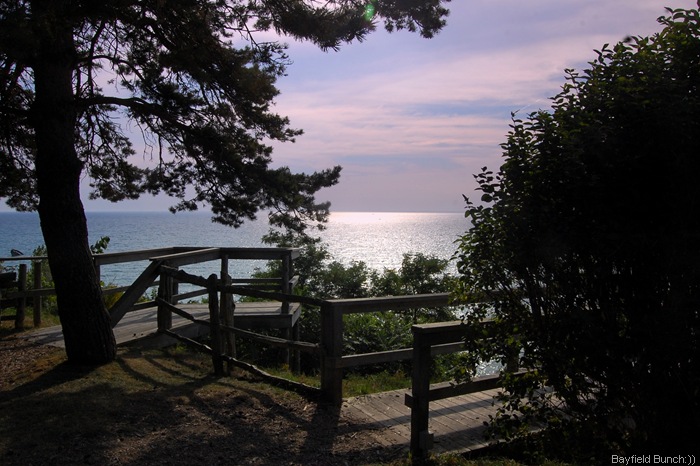 It was the first night in nearly 3 weeks that I wasn't jolted awake at some point in the night by coughing spasms.  Aside from a few minor sputters this morning, there are no inklings of congestion in the head & chest & no headache.  I am cautiously optimistic I will be totally out of the woods within the next couple of days.  Fortunately for me I was healthy going into this viral thing & I would hate to think what this bug would do to someone who's health was not up to par. 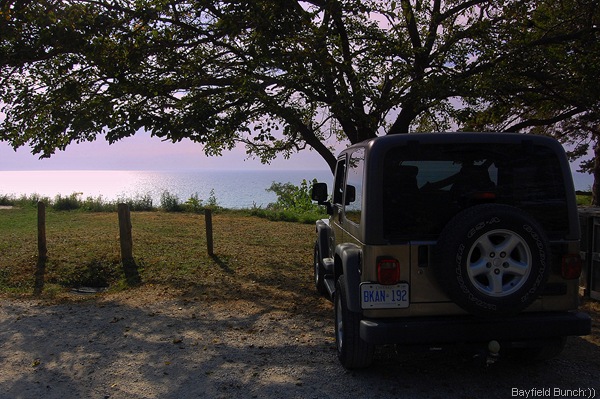 Even Max new it was too hot for a walk this morning & stayed behind while Checkers, Motormouse & myself did about half the trail.  By the time we got back Max already had the A/C turned on in the house.

I can tell by Kelly's emails that she is going to be soooooo happy to get home again.  Neither Kelly or I are used to non stop masses of people & the go-go-go stress that it entails. 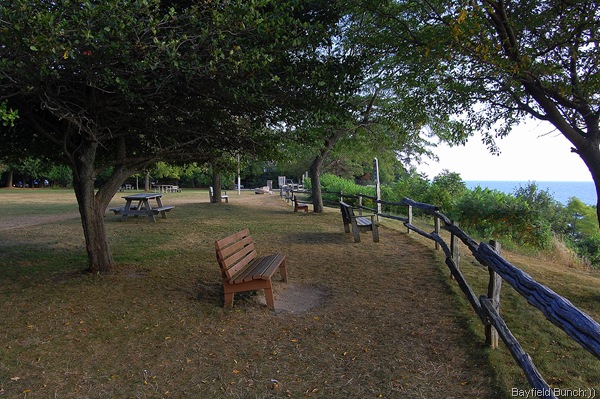 THESE BENCHES WILL FILL UP FAST AS SUNSET DRAWS NEAR

Never did get out for a motorcycle ride Tuesday night.  Just didn't have enough energy units left at the end of the day.  Another heavy humidity one right now so me & the furry guys are hanging out inside. (yes, yes, I know about the grammar)  This central air we had put in 3 summers ago sure has us spoiled alright and I figure our Provincial electric company is at this very moment greedily smirking as they are getting ready to send us our 4.5 million dollar summer electric bill!!! 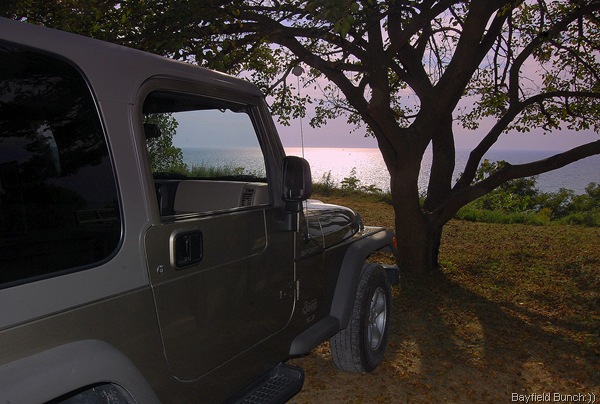 A NICE PLACE TO EAT MY TUNA SUB

One of the nicest advantages for me of being home alone is I can watch whatever I like on Television whenever I want.  Now, there isn't much on TV I care for anymore but at least I have the option of the Biography, Discovery & History channels plus a few more that deal with the true realities of life.  I do not watch the news any more except for a couple minutes at the top of the hour sometimes & that is just to see what perpetual madness man has recently wrought upon himself & how it might effect little old me here in the Piney woods of Bayfield, Ontario.  Instead of television my hours are generally filled with soothing ambient music. 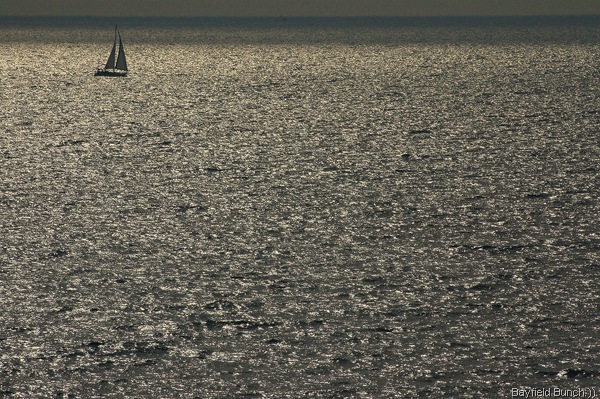 Welcome to our latest blog supporters over there at THE SAUNTERING SAMPSONS.  Thanks for taking an interest in the Bayfield Bunch folks:)) 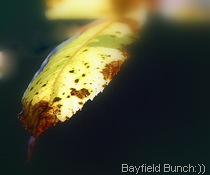 First thing Thursday morning I have to be at the Goderich Medical Clinic to give them a bucket of blood.  Seems they're going to run some tests on me & stuff.  Hardest part about all that is no food or drink after 6 o'clock tonight which is in about 7 minutes.  I have spent the last hour cramming as much food into myself as possible & my keyboard is now knee deep in crumbs of all descriptions. 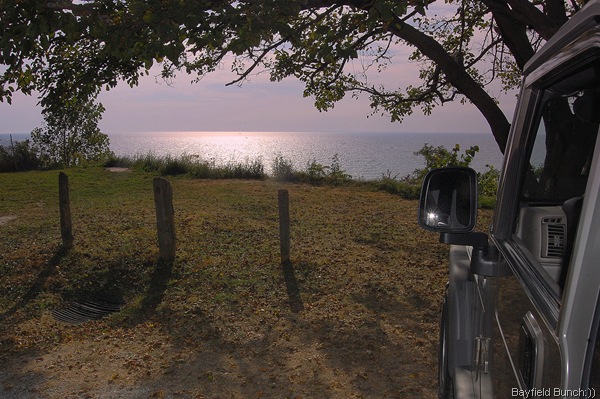 I have blogged a few times about the foolishness of youth & how so many young people & especially males get themselves killed or injured by being too immature, rambunctious & careless with new pieces of powerful equipment.  Whether it's a car, snowmobile, motorcycle, a new chain saw, power drill, Jet ski or whatever.  They simply do not have the experience or maturity to operate new equipment.  Well, I should pay more attention to my own musings & practice what I preach because if I had done that I wouldn't have had an accident this morning.  I was too confident with my latest toy, going too fast & not paying close enough attention to what I was doing.  Before I knew it I got myself into a serious speed wobble, skidded precariously around a tight corner & plowed directly into the under side of my chin taking a huge chunk out of my beard with my new electric razor.  No injury to the razor of course but my beard & my pride sure suffered some big damage.  I guess there is still some of that young rambunctious & careless male spirit left in me........10-4:(( 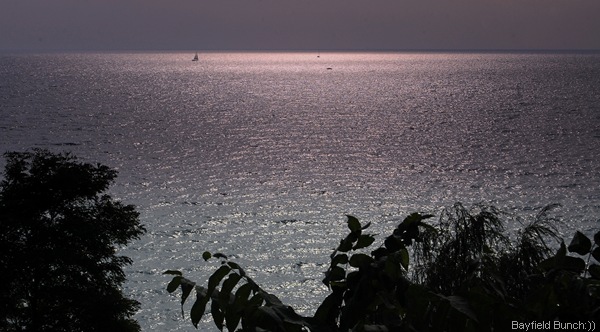 GROANER'S CORNER:((   A 6 year old and a 4 year old are upstairs in their bedroom 'You know what?' says the 6 year old. 'I think it's about time we started cussing.
The 4 year old nods his head in approval.
The 6 year old continues, 'When we go downstairs for breakfast, I'm gonna say something with hell and you say something with ass..'
The 4 year old agrees with enthusiasm. When the mother walks into the kitchen and asks the 6 year old what he wants for breakfast,
he replies, 'Aw, hell, Mom, I guess I'll have some Cheerios.'
WHACK! He flies out of his chair, tumbles across the kitchen floor, gets up, and runs upstairs crying his eyes out, with his mother in hot pursuit, slapping his rear with every step.  His mom locks him in his room and shouts, 'You can stay there until I let you out!'
She then comes back downstairs, looks at the 4 year old and asks with a stern voice, 'and what do YOU want for breakfast, young man?'
I don't know, he blubbers, 'but you can bet your fat ass it won't be Cheerios!'

It is not the concept of God I have a problem with.....it is his radical fan clubs around the world that causes me grievous concern:((