WHERE DID OUR NICE COOL CRISP EARLY AUTUMN AIR GO?? Kelly was on the road at 08:05 this morning heading for Spencerport NY.  She's not sure if she will be back Friday or Saturday.  Her Dad's funeral is Thursday morning at 11.  I'm sure there are some folks wondering why I did not go.  We have 3 dogs to look after here & to stuff them all in the car & take them to Spencerport would not be fair to the dogs.  Could have maybe taken the Motor Home & parked it on her Mother's lawn but with the numbers of people that will be coming & going there over there in the next few days things would have been very crowded.  Family members are returning to stay at the house as well, adding to the heavy people traffic.  I also have an appointment at the Medical Clinic here for Thursday morning plus I am still carrying this nasty virus.  It was simply a logical decision for me to stay & look after things from this end.  Some people will understand our decision & some will not. 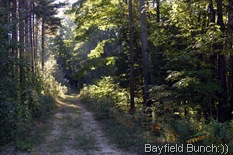 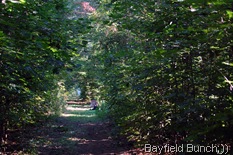 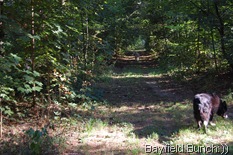 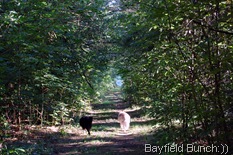 ALONG THE MORNING TRAIL

Took the dead battery out of the motorcycle Monday morning & put it on the trickle charger.  This morning I put the battery back in the bike, fired it up & took myself for an hour long cruise in the countryside.  Nice to be out riding again but the heat & humidity today did not make for a nice comfortable ride.  At least I was able to get out & get a good charge put on the battery.  Came home & spent the rest of the day in A/C comfort inside the house.

Debated whether or not to jump into the Bear Pit again after reading a fellow bloggers opinions on Font Sizes & the 'Comments' thing this morning but decided in the end not to get into it by posting about it.  I've been through both those discussions before on my blog & I'm sure everyone knows how I feel about all that.  Nuff said!! 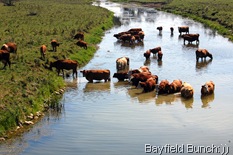 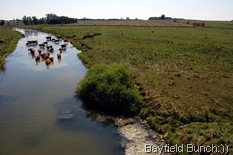 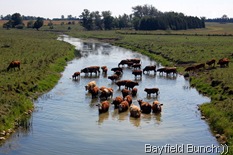 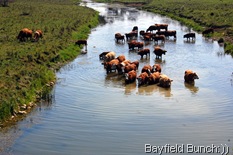 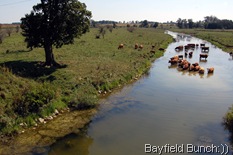 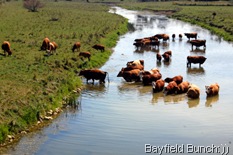 MORE PICS OF THOSE COWS UP A CREEK WITHOUT THEIR PADDLES

Just a month or two ago we were beginning to come to grips with the thought that we might not be heading for the southwest this winter.  With Kelly's Dad being so sick & my Uncle Harry teetering between his assisted living place & a possible nursing home move we were beginning to ask ourselves, 'what are we going to do?'  With my Uncle Harry's move to the Ritz Lutheran Villa a couple months ago & the excellent care he is receiving there & now the death of Kelly's Father a few days ago we are going to have to do a bit of scrambling over the next 6 weeks or so to once again move ahead with our travel plans.  A decision has to be made about the rigs tires & what about a tire monitoring system.  The towing gear has to transferred from the Santa Fe to the Jeep.  Our leveling jacks need to looked at & put back into working order.  Some minor fixes & renovations inside the Motor Home need to be attended to.  A departure date has to be hammered out.  I'm ready to go 5 minutes after Kelly gets home from Spencerport later this week but realistically it will probably be sometime around mid October again.  We have to get in touch with the Ranch people to see what their schedule is.  When do we want to head for the ranch & how long do we want to stay there.  I would like to leave earlier this year & take the southern Colorado route through the 4 points area but that's not likely going to happen with the way Kelly's job is.  Lots of decisions coming up for us in the next few weeks.  Do I detect a little excitement in my typing fingers.......I sure hope so because my excitement levels have literally disappeared right off the chart this summer again!! 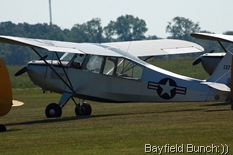 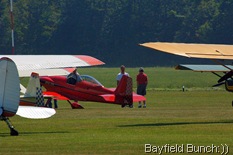 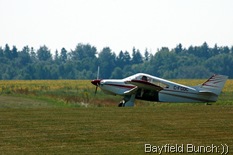 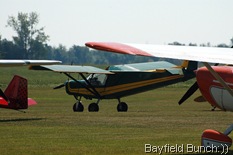 I THINK THIS WAS A SUNDAY MORNING CORN ROAST FLY IN NEAR EXETER, ONTARIO

And speaking of excitement I see Ivan from ROADTRIP 2010  posed with a Grizzly Bear they had to tranquilize when it became bothersome at a local camp ground somewhere near Lake Louise in Alberta.  They re-collared the young bear before he regained consciousness in hopes they could track his future movements in the area.  And check out Ivan's new traveling companion Hailey, she's a real cutey:))

You will want to have a look at WANDERING WILLY'S latest mouse dispatching devices in his determined effort to rid himself of the 4 legged vagabond travelers who have decided his trailer is a nice place to call home.

Also, you might want to keep an eye on the folks over at, THE SAUNTERING SAMPSONS as they make plans to sell their essentially fully furnished home in an over 55 manufactured home community near Asheville, North Carolina.  They are looking to get on the road fulltime with a not yet purchased truck & fifth wheel.  Might be a nice opportunity for an RV couple looking to finally come in off the road.  Sounds like a nice area there in the mountains. 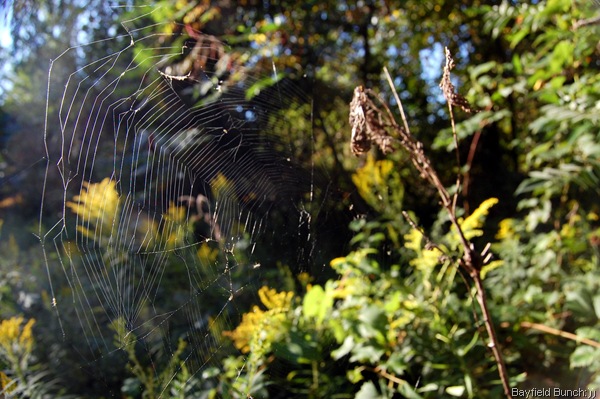 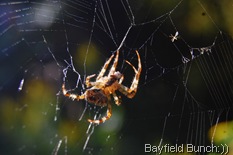 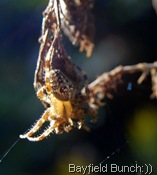 Welcome aboard to our newest Blog Supporter, csmith2884.  Chris comes to us from Kelly's side of family & friends over in Spencerport, New York.  I don't think I've met Chris but I have met some members of his family. 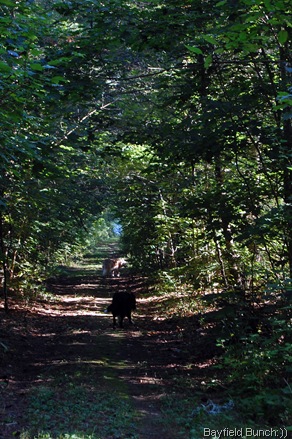 Dear God:  Is it on purpose our names are the same, only reversed?

Dear God:  Why do humans smell the flowers, but seldom, if ever, smell one another?

Dear God:  When we get to heaven, can we sit on your couch? Or is it still the same old story?

Dear God:  Why are there cars named after the jaguar, the cougar, the mustang, the  colt, the stingray, and the rabbit, but not ONE named for a Dog? How often  do you see a cougar riding around? We do love a nice ride! Would it be so hard to rename the 'Chrysler Eagle' the 'Chrysler Beagle'?

P.S.  Dear God: When I get to Heaven may I have my testicles back?

It is not the concept of God I have a problem with.....it is his fan club that causes me grievous concern:((